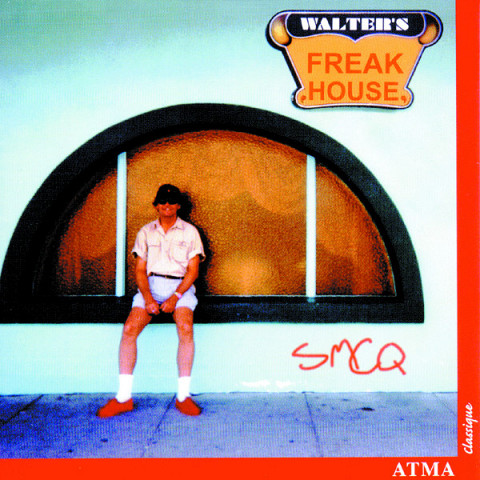 “For those who know him, the name of Walter Boudreau evokes energy, curiosity, and an appetite for all that can nourish the human spirit from the get go. A man of many faces, this orchestral conductor and composer projects a number of images which, apparently, have nothing in common. If he refuses to be strictly categorized, Boudreau has nonetheless been variously identified as: 1) the man with the legendary red shoes, who will stop at nothing to ensure the wholesale integration of contemporary music in the listening habits of fellow Quebecers; 2) the inspired and tremendously expressive composer of Golgot(h)a and the Berliner Momente cycle; 3) the demanding structuralist, a mathematical maniac who relishes the detailed work inevitable in his compositional method; 4) the energetic orchestral conductor; 5) the furious [ex-] saxophonist who was both a jazzer and something of a rocker; 6) Raôul Duguay’s partner at the heart of L’Infonie, true institution of the 1970s, symbol of the creative explosion and the Québécois imagination. […] By means of a language that is at once structuralist and deeply expressive, Boudreau’s music also provides a means of discovering other aspects of modernity. From the series of works in Cercle gnostique to the grand orchestral cycle Berliner Momente, sonorous and majestic, Boudreau explores, excavates, scrutinizes, dares… and persists (1).”

Composer Walter Boudreau is also artistic director and principal conductor of the SMCQ. Aside from the latter, he has conducted several leading ensembles and orchestras in Canada and abroad. As a composer, he has received many commissions from various orchestras and musical societies and has written nearly fifty works for chamber ensemble and for orchestra, some fifteen film scores as well as music for two ballets.

In 1974 he won the first prize for Radio-Canada’s National Young Composer’s Award and was awarded in 1982 the Jules-Léger prize for new chamber music, with his work l’Odyssée du Soleil. In 1991, Golgot(h)a received in Paris the grand prix Paul-Gilson from the Community of French Language Radios. In the fall of 1998, the Conseil québécois de la musique awarded him the Opus prize for Composer of the Year. From 1990 to 1993, he was the first composer in residence at the Toronto Symphony Orchestra and, from 1998 to 2000, was co-artistic director with Denys Bouliane of the Orchestre symphonique de Québec for the Musique-au-présent Festival. Still with composer Denys Bouliane, he was co-artistic director of La Symphonie du millénaire, a gigantic collective work whose great success allowed him to be nominated “Personality of the Week” by the La Presse newspaper. This event was awarded the Opus prize “Musical Event of the Year” by the Conseil québécois de la musique. Walter Boudreau has recorded more than twelve discs for various labels including ATMA Classique.

(1) From an interview with Dominique Olivier on November 3rd, 1994, with her permission. 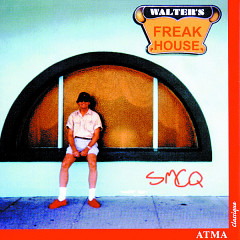