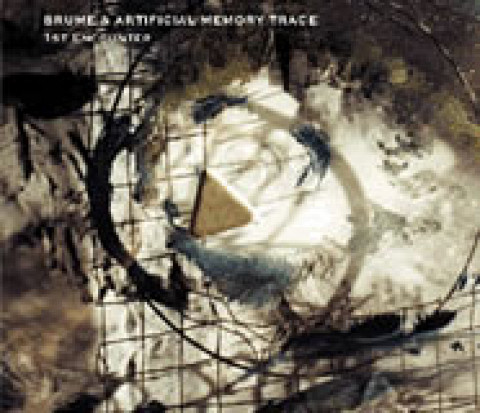 An electroacoustic masterpiece which unites the talents of France’s Christian Renou [Brume] and Belgium’s Slavek Kwi [AMT]. Each artist has constructed and deconstructed the other’s original material, and through this process they have created beautiful fluid collaborations.

These two sound artists fit perfectly together and truly demonstrate a clear understanding and appreciation of each other’s ideas.

1st Encounter was completed in 1996 and is part of an ongoing series of releases by Artificial Memory Trace. The sound on this particular installment is as one would expect given the backgrounds of the two artists: a mixture of electro-acoustic and concrète sounds. The two artists are forced to create their music using the other’s music as the principle source material, and it really changes both of their sounds quite a bit. Often people think of collaborations in the same sense as split records, but this is not a split release. There is really is a good sense of the interplay between AMT and Brume.

It is difficult to classify the works of these two gifted composers, because their work is clearly void of the academic rigidness that defines much of the electro-acoustic scene. There also seems to be a greater flexability in terms of sounds being employed and more freedom to really let loose in terms of intensity.

Brume has released solo efforts for the likes of Korm Plastics, Crowd Control Activities, Relapse/Release, ND, Old Europa Café and others, and has been included on far too many compilations to mention. In the time it has taken to prepare this recording for release, Christof Renou aka Brume has stopped recording under the name of Brume and now releases work that focuses more in the direction of techno, under his own name.

1st Encounter is packaged exquistly in a digi-pack with full colour artwork and is a limited edition and will not be repressed. 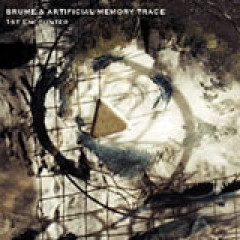