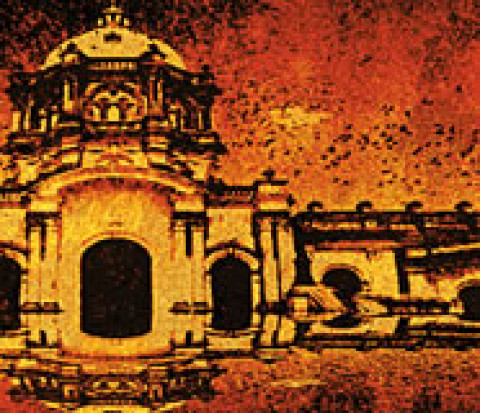 Introducing Tanakh, an incredible new project headed by Richmond, Virginia’s Jesse Poe. Tanakh is a layering of sound and structure that combines songwriting sensibilty and improvisational abstractions that are as thick and rich as they are minimalist. These two seemingly opposed forms fluidly combine to forge dark sweet lulling gypsy melodies dug from middle-eastern sands that have been knuckled across Appalachian washboards that shadow the city in which they live.

Villa Claustrophobia is undoubtedly the most accessible release to surface on Alien8 Recordings thus far. While not a pop record by any stretch of the imagination, most of the recording is made up of actual songs, which for the most part is new territory for us. Yet Tanakh’s debut certainly fits in quite nicely alongside our releases by set fire to flames and Shalabi Effect in the sense that it blends middle-eastern influenced improv alongside drone based composition and improvisation.

It is an organic marriage between structured songwriting and free-floating improvisation beginning with Bajekal’s beautiful and ethereal Carnatic vocal stylings, which both open and close the recording, bringing a sense of both infinite circularity and completion to Villa Claustrophobia. They interweave the warp and weft of Indian folk upon western minimalism’s loom. Disappearing into free form abstractions that lead into the rich timbre of Poe’s voice, which starts lonely and low singing of real life human obsession, desire, and the shifting of power in relationships while Bajekal’s disembodied female vocals float, ebb over and under the course you are drifting drown.

As the recording progresses Poe takes over the floating drone styled vocals. Gently Johnny stands as a great example of Poe’s vocal abilities, as well as his talent for creating simple but very full and rich arrangements. This track is an English folk song whose original lyrics had been censored and sterilized over the years. Poe brings the standard back to life unadulterated and newly empowered.

As well as performing on others’ recordings, such as Bonnevill (Pelican), Anomoanon (Monster), and Koester (Oh! Turpentine), to name a few, Poe has worked extensively in the recording studio as an engineer recording tracks for Pelt (Ayahuasca) and the Iditarod (The Ghost, the Elf, the Cat and the Angel), amongst others, and his skills in this area are very evident on this release. However, for the majority of this recording he gave up that control in order to benefit from the experience of Brian Paulson (Slint, Royal Trux, Beck) and John Morand (Labradford, Sparklehorse). 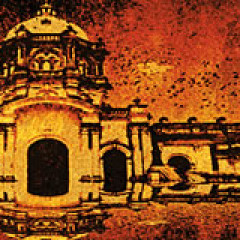