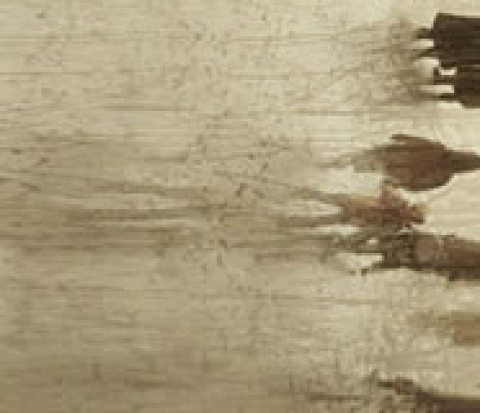 Tanakh’s newest record, Dieu Deuil, commands a nautical embrace of wet boots and November days filled with rain. It sings stories of loss, hope, and transcendence amidst the swirling cyclone of mundaneness. Dieu Deuil, which takes it name from the architecture of Daniel Libeskind, successfully integrates improvisation and song writing, and communicates an interior intimacy, which previously was only hinted at in the drifting exterior world of Villa Claustrophobia.

Dieu Deuil is a small warm café in the cavernous arcades of Villa Claustrophobia, where the air is moist with smoky teas and steam hoarfrosts the windows. Dieu Deuil maintains the outer-national feel of Villa Claustrophobia but focuses less on a pneumatic exotica and more on a rich interior journey that communicates the warmth of human touch and the frigid burn that such contact can leave when it is taken away.

Dieu Deuil captures a particular gentleness of the 70s-era folk psychedelia inspired by the likes of John Martyn, Tim Buckley, Fairport Convention and Pentangle, both in it’s inventive orchestration and in it’s vocally charged delivery. Dieu Deuil begins with the unassuming lushness of November Tree, which moves in like a slow fog and as this fog lifts, the stripped down intensity of Exegesis is revealed, an absolutely incredible psychedelically charged song that through unbelievably passionate vocals achieves an amazingly intense impact while remaining soft and subtle. And so forth, the record takes its journey through the interior like a Basho Haiku, recalling points of reference from Villa Claustrophobia and then exploring entirely new ports of departure. One such point of reference to Villa Claustrophobia, both in its lush arrangements and physical obsessions, is the fecund rosary of a love song, Lady Eucharist, which follows well the wake of the ancient English folk song Gently Johnny, recorded on Villa Claustrophobia. And as the groves spiral inward to the closure of the record it ends in a tumultuously decadent self-destruction, Lock the Door When You Leave, that shows a snapshot of the entirety of the record Dieu Deuil in one song.

Despite the project’s recent relocation to Florence, Italy, Tanakh is definitely still a major voice in the outsider folk movement that is currently flourishing in North America. They fit nicely alongside former collaborators and friends Pelt and Six Organs of Admittance, as well as a slew of other folk heroes staking their claim in the American Folk Renaissance, yet sharing many characteristic ties to their Montréal label mates, Molasses, Set Fire to Flames, Shalabi Effect and newcomer Harris Newman. With a clarity of sound and love of things beautiful and grandiose, Tanakh bring a unique voice to this movement that glides ever towards the dark lambency of the setting sun.

Dieu Deuil is gorgeously packaged in our custom sleeve with an illustrated booklet. All artwork was created and designed by Chia-chi Charlie Chang. 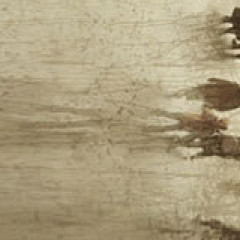