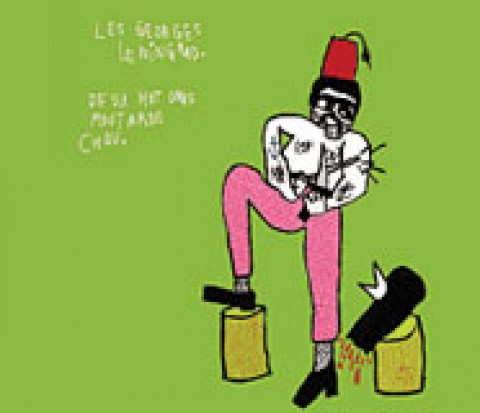 [Not available from this site; point to www.alien8recordings.com for further information.]

Described on their press kit as a three-headed monster who perform “petrochemical rock,” Les Georges Leningrad have become one of Montréal’s most popular bands. They have also made a major impact in the United States following successful touring stints with the Le Tigre, Locust and Numbers. Recently they made their mark in the UK by landing a track on the “Rough Trade Shop: Post Punk” compilation on Mute alongside pioneers ESG, 23 Skidoo, DNA, Gang of Four, The Fall, the Pop Group and hipster newcomers the Rapture, Erase Errata and Chicks on Speed—an incredible feat for a band with a self-released LP and CD with minimal distribution outside of Canada.

Our edition of “Deux hot dogs moutarde chou” has been re-mastered and re-packaged. Also exclusive to this release is the addition of a bonus track not included on the original release. The sound captured by this band is an indescribable mix of demented electro-noise-post-punk backed up with their own invented language.

Plans are already in the works for their follow-up that will be available exclusively on Alien8 Recordings in the fall of 2004. Also expect to see Les Georges Leningrad on another Rough Trade comp entitled “Counter Culture 2003” plus covering a Birthday Party song on a forthcoming Three One G compilation.

Les Georges Leningrad will be touring France and the UK during the month of April, including a stop at the prestigious Domino festival in Belgium. They will return in May to perform a month’s worth of shows throughout the United States with Trans Am. 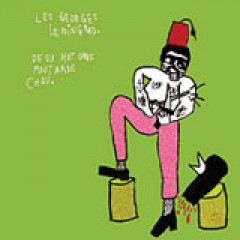