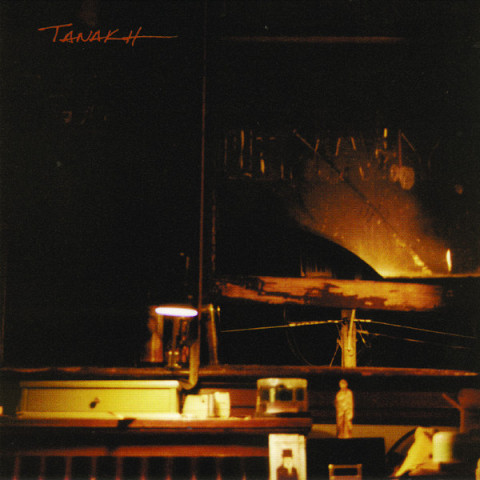 … Tanakh are generous with space and have a strong sense of balance — Pitchfork, USA

Our third release with American singer-songwriter Jesse Poe’s project Tanakh strays from structured songs and resides much more in the regions of the avant-garde. This double CD features more drone-oriented elements comparable to the debut Tanakh release, Villa Claustrophobia, and the collective ensembles of the Mile End music scene of Montréal. It is based around a unique hand-made instrument constructed from the salvaged ruble of a destroyed piano. This instrument resonates with a deep sonorous drone heard throughout the recording. 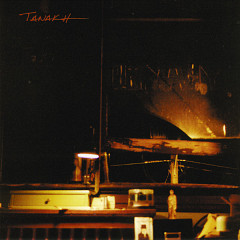 Sometimes the impact of geography on a record is impossible to ignore, even if we don’t precisely know how much the sound has to do with the location in which it was created. That Jesse Poe’s Tanakh project was started in Richmond, Va. — my hometown — won’t mean much to most people, so outsiders will have to trust me when I say that elements of the city are captured on this self-titled double album.

During this time in Richmond, Poe lived with several musicians in a former Masonic Temple in Church Hill, one of the city’s oldest neighborhoods. Tanakh’s HQ was called the Pyramid Institute and they made noise with whatever happened to be lying around. For instance, a broken piano found on the street was disemboweled and the wires were bolted to the walls of the space and tuned. The bowed drone of those strings provide the tonal center for this record.

The first disc contains an almost hour-long piece that begins with a simple three-note motif before, one-by-one, various sounds slowly crawl from dark corners of the temple. Some are easy to identify (guitar, piano, short-wave radio, djembe) and many of them aren’t (the various flavors of metallic rustling may or may not come from the mounted strings), but it all coalesces into a singular sound universe that implies industry, decay, anxiety, and, possibly, evil. The second disc is just under 30 minutes and features some of the same types of sounds but with added cello and more guitar, as Mick Turner-style moments of blurred lyricism mix with the groan and wheeze. Both tracks are effective slices of dark ambience.

This is a much different Tanakh than we’ve heard on their past two records, the second of which saw Poe moving increasingly toward a song-oriented direction. But here there’s no voice and nothing approaching a tune-- just two long pieces of constantly shifting drone. It has something of a classic Alien8 sound, as these two tracks fit easily next to some of Sam Shalabi’s quieter improv releases. It’s easy for such records to devolve into a messy thicket of meaningless noise, but the players in Tanakh are generous with space and have a strong sense of balance, allowing the listener’s focus to shift gradually from one detailed and finely rendered element to the next.

One final bit of history: The church on this hill where the album was recorded is St. John’s Episcopal, where Patrick Henry gave his “Give me liberty or give me death” speech in 1775. The church is still standing and the blocks surrounding it are filled with ancient brick homes in various states of repair, endless tangles of wrought iron, and dark, overgrown alleyways with broken cobblestone underfoot. Church Hill is, in short, one of the more shadowy and gothic places in America, and Tanakh is an excellent choice for its soundtrack.