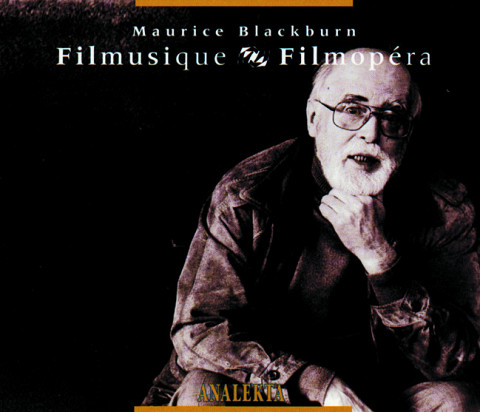 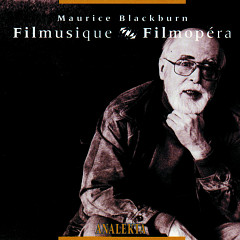 Since we live amidst the celebrations of the first century of cinema, it would be good to remember that although this century has marked a ‘revolution of the image,’ it also represents an endless quest for sound and recording that could bring sound and moving image to work even closer together.

At the turn of the 20th century, when Edison tinkered with his Kineto-Phonograph and Cinephonograph, and when Gaumont produced the Phonoscènes, they revealed at once their potential for “cinephonography,” the modern fascination with sound recording and film. In fact, the phonograph was a twin brother born just some minutes earlier.

The fact that they did not always progress equally at the technological level (due partly to the exaggerated notion they were enemies, related like the brothers in The Thebaid of Ancient Greece), finally is of lesser importance than the paradoxical result of their late reunion in sound film in which they experienced another fracture: on one hand, sound understood as a pseudo-realistic transcription, a naturalistic trompe-l’œil; on the other hand, the soundtrack ­conceived by filmmakers, composers or sound engineers as a score to be used as a counterpoint in the cinematic montage.

The fact that, even today, these filmmakers/composers do not get yet the recognition they deserve is one of the paradoxes of the first century of cinema which, until now, may have been evolving only slowly. Therefore, it is important to listen more closely to these filmmakers’ recordings and then to go ‘hear/see’ their films. Who knows if the second century of cinema might represent the first apotheosis of sound for film? In any case, one Québécois composer did not wait until the year 2001 to listen carefully to Blackburn’s immense cinematic project. In 1982, Yves Daoust directed Maurice Blackburn, portrait d’un méconnu, for the French FM Network of the CBC. A hybrid creation for radio oscillating between documentary and musical essay, this hörspiel was credited at the time for being an illustration and a defense of Blackburn’s work for rendering visible his work, his corpus and his objectives, while reinterpreting this opus through a medium that is hyper-sensitive to words, noises, musical and sound instruments and to music itself.

Maurice Blackburn could not have dreamed of or merited a more moving tribute. This composition now parallels the maestro’s work as a sensitive witness, as well as a continuation of his cine-phonography. Had the two men not met at the Atelier de conception sonore in the basement of the NFB?

The history of film sound at the NFB dates back to the 1950’s with Norman McLaren and Maurice Blackburn. Thereafter, it took root with the Atelier de conception sonore in the 1970’s with Maurice Blackburn, Alain Clavier and Yves Daoust. These past few years have witnessed a revival of this experimental archetype in the works of sound editors and designers like Pierre Bernier, Claude Langlois, Catherine van der Donckt and Claude Beaugrand; of musicians such as René Lussier, André Duchesne, Robert Marcel Lepage and Jean Derome; and even in Pierre Hébert’s film and music performances.

Throughout the years, the NFB has won its stripes. But it is the Atelier de conception et de réalisations sonores (the official name of the Studio for Sound Design and Creation) that better shows the contribution of this institution to the theoretical and practical evolution of the soundtrack in cinema. If the Atelier seemed and still seems enigmatic, it is more because sound has historically been considered secondary in filmic creation than because its exactitude of purpose and the accomplishment of some of its works.

We owe the idea and the implementation of the Atelier de conception et de réalisations sonores to Maurice Blackburn, who was named Musical Director for the French Production Department: “Since 1948, after spending two years in Paris where I studied closely the works of Pierre Schaeffer, Pierre Henry, etc., I tried many a time to convince the NFB of the importance of research in the field of sound” (Memo dated April 20, 1971, NFB Archives). During the 1950’s Blackburn learned from Norman McLaren the rich possibilities the soundtrack offers in animation (A Phantasy, 1952; Blinkity Blank, 1955). McLaren had already pushed experimentation to the point of drawing part of the soundtrack directly on film, while Blackburn explored the documentary and wrote an astonishing soundtrack on a short film by Clément Perron, Day After Day (1962).

However, we had to wait until the early 1970’s to see the project of the Atelier emerge. In 1971, Gilles Dignard, Director of the French Program, agreed to a three month trial that would lead to the creation of an electroacoustic soundtrack for a project entitled Régions 80. Alain Clavier, who had studied with Schaeffer in the early 1960’s, was hired between January and March 1971 to create Cathédrale, an eight minute demo soundtrack. In April, the Atelier was engaged with very little to go on and amidst scepticism on the part of the filmmakers.

Blackburn was to collaborate on a few creations by the Atelier such as Metadata in 1971, Épilogue in 1972, and Onde Orange in 1973. Until 1979, Alain Clavier would create more than ten soundtracks. Between 1976 and 1979, the electro­acoustic music composer Yves Daoust created the soundtracks of many films, among them Plan sentimental in 1978, L’Âge de chaise in 1979, and Les Naufragés du quartier in 1979. Although filmmakers like Pierre Moretti, Anne Claire Poirier et Jacques Leduc were very enthusiastic about the Atelier, very few filmmakers showed a real interest in it when they were not totally hostile to the project, especially after Yves Daoust’s text Atelier sonore: idéologie-orientation-politique came out in 1977 and was felt to be a real let-down.

Yet, the Atelier succeeded in producing not only the soundtracks for several films, a two-record set, Music of the N.F.B. vol. 1, but also another recording by Alain Clavier that accompanied an issue of Medium-Media on La Qualité de la vie, and a soundtrack created by Louis Portugais on community radio. However, soon after they hit a dead-end in the early 1980’s, they underwent cut-backs by the NFB. Alain Clavier concluded: “In the summer, I simply shut down the place.” Aside from a few short mentions in the history of the French Animation Studio, we very seldom read or hear anything about the sound Atelier at the NFB.

Serving the films by structuring the soundtrack

One thing we can be sure of is that the people who initiated the Atelier — this “laboratory for a basic sound material made of electronic or concrete sounds” — pursued a very particular goal: to support a filmic discourse. According to Yves Daoust, the Atelier “was without any doubt the only electroacoustic music studio in Canada whose vocation was to work in applied (incidental) music.” In other words — just like Maurice Blackburn had already underlined it — it meant composing a kind of music “which would have no form nor internal logic should it be deprived of its visual support.” Nevertheless, this type of modesty on the part of a composer had a rewarding corollary, one which could even seem menacing at times: Daoust wrote, “The Atelier should not be exploited as a problem solver; it should be a place to research and experiment with new sound concepts.”

This program confirmation, announced in 1977, re-affirmed what Maurice Blackburn had declared in a memo dated April 19, 1971: “We must sensitize the filmmakers to the problems of sound design and of elaborate soundtracks, at the conceptual level as much as at the level of technique, and it should be used as early as pre-production, instead of being left to total improvisation throughout the different steps of shooting, ­editing, recording, etc. Too often this leads to a very questionable quality of on-location sound, of sound effects grafted onto the film at the last minute, to a music that functions only to fill gaps, and to an overall banality in the relationship between dialogue, effects and images.”

Yves Daoust went further, explaining: “With an electroacoustic approach to the soundtrack, every sound — be it words or realistic sounds — are considered in regard to their potential musicality. Therefore, the composer should take complete charge of the soundtrack, from the very first moment of filming, and should work hand-in-hand with the filmmaker, the picture editor and the sound editor. It does not mean that the musician must do all the work related to sound, but that he must direct it, and plan it in such a way so as to assure the whole soundtrack will be structured like an electroacoustic piece of music. The entire soundtrack becomes the film score, although it does not reject the use of ‘music’ as understood traditionnally. Yet the pieces of music will be chosen more to act as ‘sound objects’ among others, and as elements of this overall musical structure that the soundtrack will stand for. The latter does not function anymore as something unique to creating soundtracks, and is not used just like a varnish on a finished visual product that nevertheless is autonomous; now, it plays an active role. It enriches the film by its own expressive qualities. Thus a counterpoint of two voices settles between the visual and the sound.”

In fact, the main goal of the Atelier de conception sonore was to implement a new creative trade in filmmaking that would equal that of the cinematographer, but it would be in regard to sound, something which nowadays is called Sound Designer. According to Blackburn, it lead the filmmaker towards a greater ‘personalization’ of the sound in their films; they became more demanding with regards to sound direction, “from the idea to the final mix.”