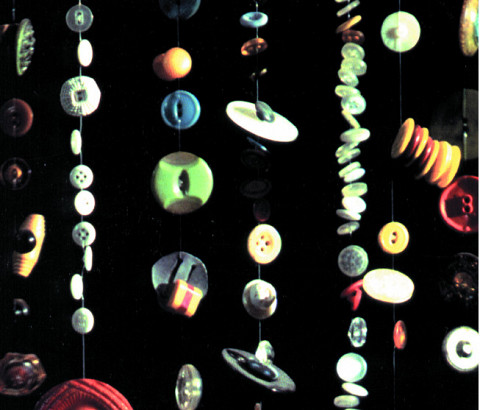 … a cubistic picture of the guitarist in action. — The Wire, UK

These thirteen acoustic guitar improvisations are devoid of all editing, superimposition, equalization, and reverberation. Eight microphones were used for the recording, and the mixing of these eight sources highlights the improvisational structures and the different points of view—or of hearing—in a way that respects the integrity of the act. In order to fully appreciate the sculptural aspect of this approach, listening on headphones is strongly recommended.

Like his previous (AM 075), this album is devoted to the solo performances that satisfy René Lussier’s need to take stock and to relate his love story with the guitar, a story that he writes outside of established idioms even though he is following in the footsteps of many other guitarists. He admits that initially the undertaking was a terrifying one, because the path that lies before the solo guitar performer is one that has been well trod, and trod by great artists, and because the result of the exercise is a pitiless one: it provides the improviser with a snapshot, a sort of unretouched and unvarnished self-portrait, and upon listening to it the only thing he can say is “That is where I’ve come from, and this is where I’ve come to.”

Chosen from some thirty pieces that were recorded over a three-day period in Avatar’s studios in Québec City, these thirteen improvisations bear witness to a profoundly personal experience and are presented to the listener much like pages torn from a personal diary and are designed to be listened to in a similar way—in the privileged space of acoustic intimacy, and where all preconception and guitaristic convention have been stripped away. 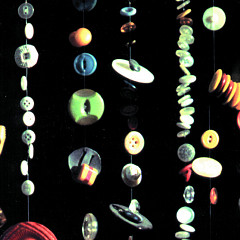 Ducks like routines. So do cats, and so do people. Because our minds arrange gathered information to make sense, not dissonance, it’s hard to picture hypertextual literature holding sway over traditional narratives in our life. Improvisational jazz, the musical equivalent to hypertext, suggests that e-novelists do have a place in the hierarchy; it’s one of the best methods of showing an instrument’s power of expression. René Lussier takes improvisation to its extreme, because he either has no melody stuck in his head, begging to surface — or else he has the strength to squash it.

In 13 tracks on acoustic guitar, Lussier proves to be an artist who noodles, with no melodic aim except to make his music more random than his life. These improvisations grab your attention because they are so baseless, grounded in ideas that cannot be sustained for more than twenty seconds apiece. In many ways, Lussier’s work sounds like the efforts of a child who picked up a guitar and hit the strings until he got bored — multiplied by twenty. The hour-long CD is definitely a notch above that, though, because you never want to tear it out of the CD player and step on it. You go with the long spaces in the fifth improvisation, and never check to see if the disc is over, because you have a strong gut feeling that the payoff will be worth it. By improvisation #13, you’ve skipped an hour’s worth of sitcoms to follow a guitar’s wandering conversations into new countries of musical theory. That makes Lussier a worthy listen for those who don’t want John Cage’s head on a plate.

These 13 improvisations by Lussier on acoustic guitar are predominantly dry in tone and draw on an extensive repertoire of techniques, many retrieved from Derek Bailey’s slipstream.The solos are neatly constructed, but what differentiates Déboutonné from comparable investigations is the recording technique. Eight microphones were used to capture the performance. The mix derived from these multiple sources produces a cubistic picture of the guitarist in action. Obviously, listening on headphones is recommended for entering fully into the field, where the single instrument is refracted out, assuming a distinctive acoustic character at each point of reception.

… a cubistic picture of the guitarist in action.

A new solo cd by guitarking René Lussier. Not released on Ambiances Magnétiques which is normally the case, but on another excellent Canadian label of avant garde music: Ohm Editions. By the way it was on Ambiances Magnétiques that Lussier released in 2000 a solo album for electric guitar. Now it’s the turn for the acoustic guitar. The cd offers us 13 solo improvisations for solo acoustic guitar. No overdubbing, editing, etc. has taken place. But the improvisations were recorded by eight microphones and the final recordings as heard on the cd were mixed from these eight different sources. This in order to accentuate different points of hearing. So the use of headphones are advised if you want to experience the spacial effects. This process was also used in the case of Solos de guitare électrique, recorded in 1998 and released in 2000 for Ambiances Magnétiques. For this new one, all recordings were made during three days in march, 1999 at the Avatar Studio, Québec. The pieces give an insight into the radical, unconventional and wide repertoire of Lussier techniques. The music is sometimes lyric, poetic, humoristic, powerful and very expressive. Lussier plays with many different musicians from all over the world. Here we have the opportunity to meet him solo and to discover where he is at as a guitar player and improvisor. “At first, it was a terrifying enterprise, since the road of guitar solo performances is one that many musicians has been down - including the big names - and because the result of the exercise is unforgiving. It provides the improvisor with a kind of instant snapshot, a self portrait taken with no make-up and no concessions. When he listens to it, all he can say is… This is where I come from, this is where I’m at!" Exactly. Take it as a honest invitation. You won’t regret it.

Take it as a honest invitation. You won’t regret it.

This isn’t some guy sitting down with his guitar and playing a few tunes. Lussier’s approach to the guitar is visceral - he hammers and plucks at the strings, sending shards of notes careening off in all directions. A cluster of notes is punctuated by seconds of silence; the music pulses and fades away, existing in a state between realization and decay. It seems that there are no beginnings and no endings, or perhaps all beginning and ending at the same time. Though there are no overdubs on either of these recordings, depth is achieved by recording with eight stratogically placed microphones, so that the sounds ricochet from hack to front and side to side. Not exactly toetapping stuff, but Lussier throws in a few foot stomps for good measure.

Lussier’s approach to the guitar is visceral…