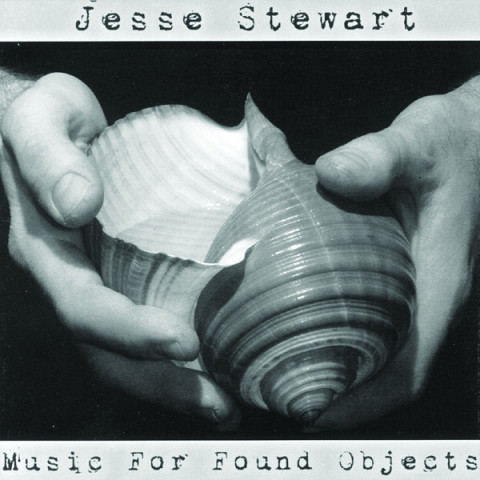 This release is Jesse Stewart’s first solo album, and demonstrates his phenomenal skills as a percussionist over an assortment of unconventional found objects. Stewart has long been regarded as one of the leading percussionists in Canada, and this disc makes clear the fact that his ability is by no means restricted to conventional instrumentation. The CD consists of nine tracks, three using water, three using metal, and three using stone. This disc makes for an invigorating listen, yet also contains many subtle layers and timbral changes. Try it alone with headphones, or with your friends! 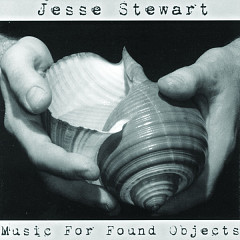 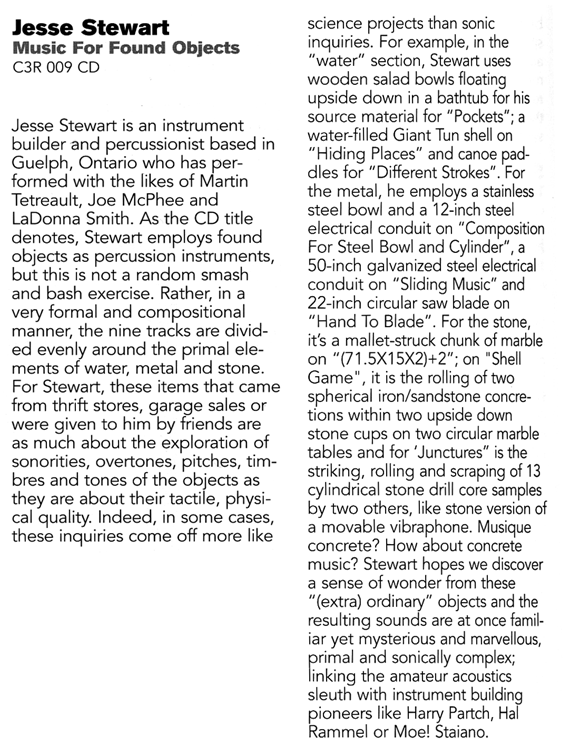