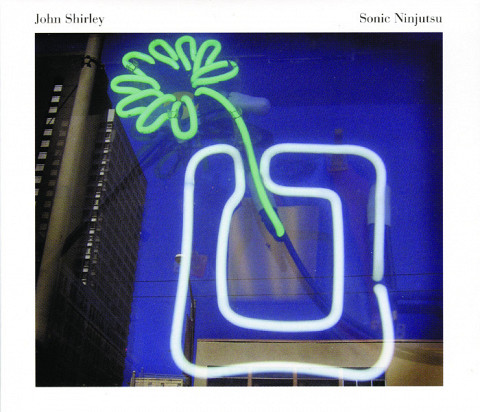 Pity the poor ninja; the noble ninjutsu tradition is a rich combinatorial stew of the arts of stealth, information gathering, disguise, and situational/combat skills -- now reduced in the popular imagination to people in black jammies and matching ski masks throwing sharpened bicycle gears about.

John Shirley’s new c74 release Sonic Ninjutsu carries the fight to redeem the tradition directly to the brain, by way of the ears. Armed with a full complement of the mysterious MSP tools of his craft, his cadre of autoharps, MIDI guitars, pneumonically inflected vocalizations and cleverly disguised traditional instruments slip silently into the refined corridors of Electroacoustic power, only to emerge at his command as a rambunctious horde of ferociously entertaining musics, possessed of speed, elegance, and considerable agility. Ally yourself with this company of sonic ninjas and they will serve you well. 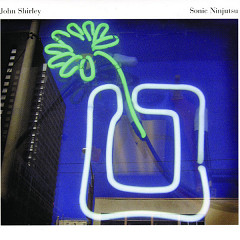