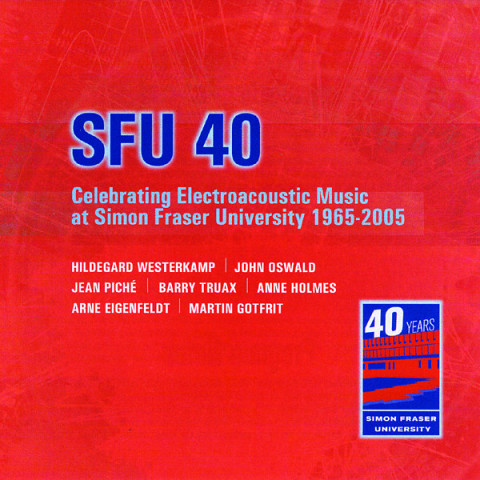 The Electronic Music Studio at Simon Fraser University (SFU) was founded by R Murray Schafer when the university opened in 1965, the third such studio in Canada, after the University of Toronto and McGill University (Montréal). It was located in the basement of the SFU Theatre as part of the Centre for Communication and the Arts. Composers such as Schafer, Anthony Gnazzo, Peter Huse, Bruce Davis, Don Druick, Phillip Werren, David Keane, and Micheline Coulombe Saint-Marcoux, among others, worked there in the early days. Schafer moved the studio to the newly formed Department of Communication Studies in 1972 as the home of the World Soundscape Project, calling it the Sonic Research Studio and giving it a focus on environmental sound recordings. Barry Truax arrived in 1973 bringing an emphasis on computer music synthesis and composition and succeeded Schafer in 1975. With the creation of a contemporary music program a few years later, the studio in the SFU Theatre was revitalized and used for teaching, under the guidance of Martin Bartlett, Martin Gotfrit, and Arne Eigenfeldt who added their interest in live electronics. Over the years, both studios have trained countless young composers and hosted international visitors, as well as the 1985 International Computer Music Conference (ICMC). Numerous national and international awards, as well as published recordings, concert performances and broadcasts around the world have resulted from this activity. This CD can only feature a few of these many composers. 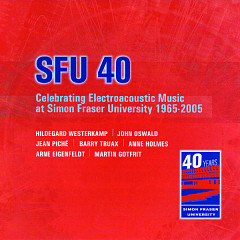