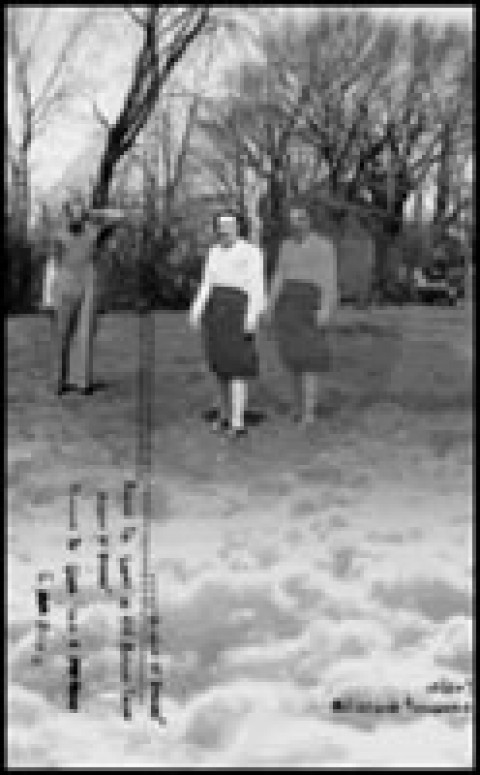 So don’t hesitate if you see a CD attached to a poster. Pluck it off and run. — Nightlife, Québec

First of a trilogy of street posters (hand-made, silkscreen; limited edition of 25 copies) designed by Urban9 with a soundtrack (on CD-R) by Milliseconde topographie. Shipped in two separate packages. 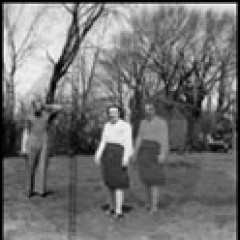 This is a city of posters. Posters for bands, movies, festivals, lost animals, planned orgies and pillow fights; you know, the standard stuff. On occasion though, there are some posters that promote nothing but art, with not so much as an email address or a signature. But leave it to Montréal’s craziest to take it up a notch. If you happen to be at the right place at the right time, you’ll find Ekumen: poster art with music attached. In the form of a CD, you can bring home electroacoustic music that creates tension and grace; abstract atmospheres in the haze of urban landscapes, mixing piano, voice, cello and guitar with samples, courtesy of Milliseconde topographie. Urban9, on the other hand, combine modern design with antique pictures to create the visual counterpart. So don’t hesitate if you see a CD attached to a poster. Pluck it off and run. You’re supposed to.

Nightlife: This is a great, original urban concept. What inspired you to create it?

Nightlife: Any soundposter groupies yet and, if so, can you gimme their emails and say I’m the Soundposter Pimp Daddy of them all?

Nicolas Bernier: It would be better if I gave them your email. I don’t want them to yell at me.

Nightlife: How many posters/CDs do you do in a run?

Nicolas Bernier: We look at the weather for the week, take a nice Sunday night and post two batches of 25 and sell the rest on our website. We let those live for about two months then do another run. You can still see Poster No.1 and Poster No.2 at some places around the Mile-End area, but the CDs only last one night! We always go back to the crime scene the day after and the CDs are always gone.

Nightlife: Will you do a series based on different neighbourhoods, bagel shops, coffee shops and the smell of dirty old men walking their cats?

Nicolas Bernier: For now, our theme is more poetic than concrete. This series of three posters each show a character. This character is older on the first poster and will get younger by the third. The poster itself is also a representation of time passing as it is washed away by rain and poster removers.

Nightlife: How have other poster people been reacting to all of this?

Nicolas Bernier: We don’t have much contact in the poster community but the feedback we received so far has been really cool. There’s an art teacher who goes on the street with a pot of water and takes her favourite street art home. She probably has an amazing collection. Crazy… She talks about our project in her classes.

Nightlife: Any plans on opening for Radiohead or Björk?

Nicolas Bernier: We were there man, at the last Radiohead concert. We were playing air guitar in the back. It was like being on the stage with them… yeaaaah! I think we could be a good fit with Mum though. This excellent band from Iceland is one of our inspirations.

Nightlife: Will you have remixes by Kanye West and Timbaland with interpretations by HVW8 entitled the “Gritty Series”?

Nicolas Bernier: Wow! How could you have guessed! The Kanye West remix will be on the air across all the radios of the universe next month! Ha.

So don’t hesitate if you see a CD attached to a poster. Pluck it off and run.