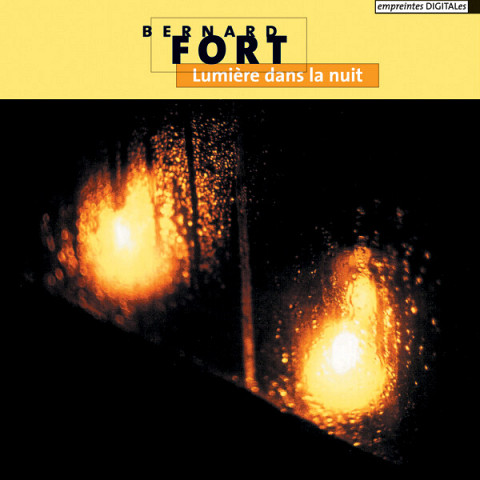 … the results are philosophically provocative. — The WholeNote, Canada 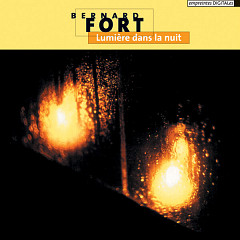 [Light in the Night]

“In silence, solitude and darkness are born, mental images, inner energy, like a fragile speck of light radiating in the night, a bearer of hope.”

Ten years went by between L’impatience des limites and Silence radieux. Ten years of ornithology, of teaching, of composing for a young audience, of concerts and various events. Ten years marked by three essential pieces, all commissioned by the Groupe de recherches musicales (Ina-GRM) and premiered in such a special room, the Salle Olivier Messiaen of the Maison de Radio France, truly a temple of acousmatic creation.

Bernard Fort is quite a familiar name to me, even from before the glory days of the Internet, when information about electroacoustics was harder to come by, and the acquisition of such illusive products even harder… I recall that I used to write letters and send real live money to the GRM (Groupe de recherches musicales), Luc Ferrari’s studio, Jean Schwarz’s studio Celia and the GMVL; Groupe de musiques vivantes de Lyon, which is where I got CDs by Xavier Garcia, Jacques Lejeune, Marc Favre, and… Bernard Fort. For example, I acquired his famous 12 haïku; L’impatience des limites on the GMVL label. Later I also got a stack of GMVL CDs for reviewing, sent from somewhere in Sweden. It turned out that Fort has relatives here in Swedenland, and that he had brought some CDs with him here, to send me from within the country.

My first experience of Bernard Fort’s art arrived with Cultures électroniques volume 7, from the 1993 Bourges competition, where Fort participates with two prize winners; 12 haïku pour la paix céleste and one of the pieces present on this empreintes DIGITALes CD; L’impatience des limites.

These were my thoughts on L’impatience des limites — which is the first piece presented on this CD — when I first dipped into it: “Somebody sighs in the seclusion of his situation, or maybe yawns. Sounds of wind or of breath surround him. It becomes more and more apparent that the almost imperceptible sounds of yawns, sighs, breaths, hawking and other non-sounds or involuntary sounds build up the scene for this piece on time and the properties of time, and the loneliness of someone spending time alone, in the raging absence of someone who shouldn’t be absent but present. Thin layers of time are stratified in this sound world, stratified and archived. Sometimes this music is a gravel pit of frictional time layers, sand and pebbles gliding down the sides, layers of different age mixing with each other, in fact resulting in the production of the essence of time, which may be nothing more than… sifting sand, dust in the wind, ashes to ashes, dust to dust… and a gray mist rising above the desert floor, like a distant memory receding into gentle regions of amnesia… but later in the work the sense of sand and dust is transformed, through the eerie anguish of too much loneliness and a rumbling, deafening upsurge of feelings, into the sense of ocean, of water, of roaring water and of rippling water, and of water through the air in cleansing rainstorms across thirsty landscapes…”

Now I might add a feeling of a very gentle touch, the gesture of a hand lifting a portrait off of a shelf, dusting it off carefully, while holding it up to the face, the eyes focused in a stillness of remembrance — while the seconds of the moment fall away like scared jackdaws ’round a bicyclist across a misty field. There is an intense privacy contained in this work, a predicament too personal even to be told, except in art, in these electroacoustic coming-to-terms…

Aside from these feelings that this work might invoke, another statement would be that Fort’s skill at sound art is formidable; delicate and intense, transparent and edgy, elastic and firm; spiritually uplifting.

The second work on Lumière dans la nuit is La paix de l’entendre, which is dedicated “to Philippe Leroux for his ardor in battle, to François Bayle for Transparence du purgatoire”.

Bernard Fort — like myself — is an ornithologist… as can be heard at the beginning of this work, opening in a quite natural and unaltered — but maybe slightly edited? — pastoral bird habitat, with all kinds of water birds and the addition of crows and other feathered friends, including the nightingale. Yes, it’s a formidable birdwatcher’s haven, this piece! The birdies shift position; the heron distancing himself while the nightingale comes closer. I’m waiting for that unavoidable moment when the electroacoustician cuts into this framework and starts treating the birdies like instruments or sounding objects, or as mere sound sources for his lustful manipulations, and at 3:25 Fort kicks in, transforming the winged wanderers into ecstatic carriers of sonic adventures beyond their natural faculty. Growls extend threatening out of primeval environments, and softer calls from less frightening but still prehistoric beings rise in shrill, thin glissandi through the millennia. Some deeper sounds, from pigeons or black grouses, serve as a backdrop, a firm and steady animalistic rumbling, for higher and sharper sounds out of unheard of beaks, and you feel the red stare out of intense bird eyes, the lids coming up from below. Some of these sounds are outright comic, while the soundscape for the most part invokes visions of serene and alien beauty. The soundscape shifts in and out of manipulated conditions, sometimes rising in front of us like English wetlands, while at times receding into Beatleish fantasies; a magical mystery tour through psychedelic frames of mind… and the transition can be elusive, almost indiscernible, until you suddenly realize that you’ve been lured into the wild forests of forlorn Liliputs… Crows dare a vigilant approach, crowing right in your face, just like the Crows of Death in Åke Hodell’s The Djurgården Ferry Across the River Styx.

The concluding piece is Silence radieux, with the added dedication “to my children.” It’s quite a thought-through and well-planned work, as the composer’s notes reveal. It’s an attempt to “stimulate mental images” as well as expressing “a lively, active and serene inner silence”. The sound sources are drawn from a winter walk in the mountains, with crunching snow etcetera, and field recordings from the same area in the summer. Fort says that he wants to “extract abstract material that runs just below the surface of the realistic sound image.”

Thudding, elastic sounds, like whispers or rustling leaves in sweeping motions, open the piece, which indeed portrays a sole situation, the feeling of being by yourself somewhere outdoors, without any negative nuances to the feeling or the perception. Soon the crunching rhythm of the walk appears, while thin, drawn-out gestures of high-pitch transparency keeps an elusive distance, at times approaching closer, in fast by-passes. I feel like this music simply opens a space of the moment around a walking person, also taking into account the soaring and wheezing of brain-waves and random thoughts, flying up and fluttering around like gusts of wind from the lake. There is something holy about the concept of moment, in time, in space — and I feel that Bernard Fort emits some of this holiness in this work.

… the results are philosophically provocative.