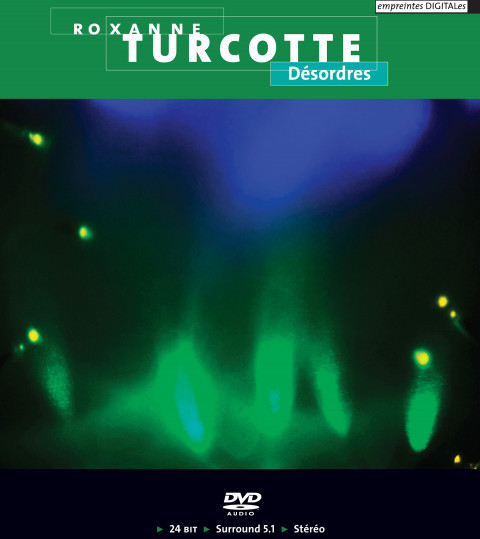 The electroacoustic music of Roxanne Turcotte is an amazing thing to hear. — Blogcritics Music, USA 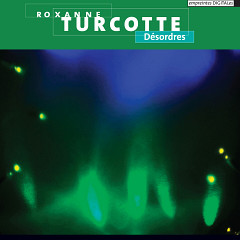 A stroll and a visit to the museum, tunes and attuning yourself… Facing forward, taking a deep breath, and listening to wide musical spaces! All around us, we discover and look for moods, stretches, atmospheres, terrestrial motion, hidden objects. What will we find, hope, live? That is the question. Upside-downs put on straight, in reverse, in a zigzag, balanced out or toppled over… Disorganized sounds that need to be put back in order. But there is no need to get too tidy ourselves! A fluctuating course drawn on a line of time and objects of delirium and attractions of all kinds, exhibited like a collection that should be admired… The order of things!

Roxanne Turcotte is an electronic composer/artist based in Montréal. She began her career as a member of rock and jazz groups, but slowly gravitated towards electroacoustic music. The term is a wide-ranging umbrella for a number of styles, including tape music, electronic music, musique concrete, and computer music. As she began to explore this direction deeper, Roxanne became involved in creating music for multimedia projects.

She has been involved with the preeminent Canadian electroacoustic label Empreintes DIGITALes since 1994, when they released her first CD in the genre, titled Amore. Her style has been called “cinema for the ear,” and the description certainly is applicable to the music contained on the new Désordres [album]. The forward-thinking Empreintes DIGITALes label have been releasing music on the DVD-Audio format for some time now, and that is how Désordres is available. It is a great choice for an artist such as Roxanne, as the disc holds over 114 minutes of music, and also contains some great visuals and downloads.

Désordres opens with the 17:38, six-part Attractions. This works as a fine introduction to the artist. The piece is a series of miniatures, composed as part of a sound and light installation which appeared in 2005.

The centerpiece of the set follows, the 11-part, 40:47 tour-de-force titled Musée sonore. I think Roxanne’s own words work best in describing this adventurous piece: “11 sonic scripts, where ambient sounds, gadget sounds, and nature sounds have a story to tell. Clinks, creaks, knocks, shakes, whistles, squeals, mechanisms, electrifying material, cogs, tinkles — they all have a life of their own.”

A series of four- to five-minute songs follow these lengthy pieces, but Roxanne has not yet finished with the extended compositions. Espace vital is possibly the most intriguing recording on the disc. For one thing, it is a very collaborative effort. The composition was written by Roxanne, with words written and sung by Élise Turcotte, plus the additional vocals of Laure Fugère. There is also a marvelous acoustic piano portion, which is played by Christian Parent.

The electroacoustic music of Roxanne Turcotte is an amazing thing to hear. Her utilization of synthesized music and sound collage is incredibly creative, and brings a cinematic quality to the compositions. It is little wonder that she also creates and performs music for television, cinema, radio, the stage, the Internet, and circus arts, in addition to her sound, music, and visual installations. Désordres is a great way to get to know this ground-breaking musician, and one place to find it is at the Empreintes DIGITALes site.

The electroacoustic music of Roxanne Turcotte is an amazing thing to hear.

There has always been a certain lightness to Roxanne Turcotte’s works, a lightness seldom experienced in acousmatic music. Désordres, her third album for empreintes DIGITALes, features two hours of works composed between 2003 and 2008. Except for one piece (Sous écoute!, 10 minutes), everything here is either short or made of short movements. Just because her ideas are exposed in short durations doesn’t mean her artistic approach isn’t as “deep” as other empreintes DIGITALes composers. Simply, she adopts a more “popular” approach, i.e. often her message is more immediately tangible, sensible, and less mediated through culture. Just for that, Désordres makes an excellent initiation to sound art. However, that being said, paradoxically, by being so long (two hours, nine works), the album gets a bit incoherent, and this lack of cohesion is reflected in its longest work, the 41-minute suite Musée sonore, whose sequence of movements seems a bit haphazard. Released as a DVD-Audio with 5.1 and stereo mixes.