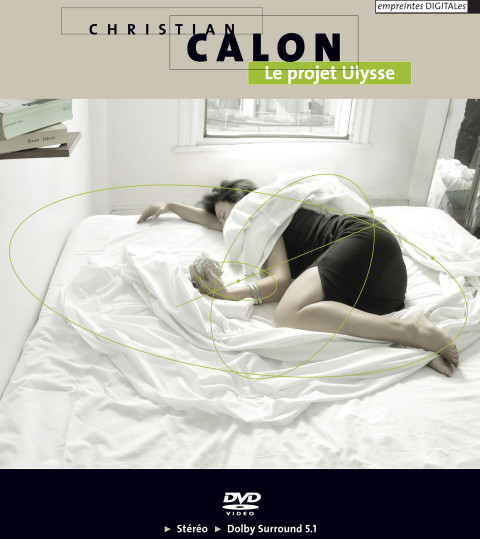 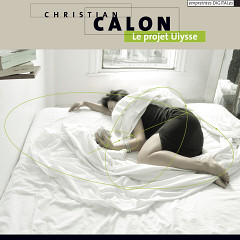 You have finally opened it, this little box…

You stand there perplexed, this paper in your hand… asking yourself what’s it all about… these words, the title, this disc — The Ulysses Project — perhaps you stop yourself… you ask yourself whether you’ll keep reading or if…

You feel the joy of starting something. A glimpse of something that soon you will no longer recognize…

There is little time — already so long ago — I also could have left, taken to the open sea, escaped towards the “… discovery of the world unknown to men”

But my beginning was my end and my end…

Since then, I wander “amongst the simulacra” as Athena told me one day. From place to place, city to city, from life to life, and in the wandering itself… lost amongst the thousands of “lacunar complexes, filled with openings, cavities, voids, pitted like a sponge.” (…) as if the “part(s) of something reproduced the whole, as did a part of that part and so on…”

Even if I were unable to say if all this really happened. There really was this “land of stories”. Haven’t I written of “the cracks, the gaps, the openings” of which I knew “only the most ancient paths still lead beyond…” but…

… Still you hesitate to continue reading?

Because after all, you already know my story… and my name which may be yours as well: Ulysses… and all those that caught sight of me: Homer… Joyce…

And my quest infinite // incandescent? // descent, my shipwrecks adrift on these seas // streets // places // shores

Why then did this specific disc interest you?

Today, there are enough myths, and travelogues and offers of escape. Everyone makes them, made to measure or almost. Without counting the others, the older ones: those that we enterred in paper tombs, that we’ll soon speak of in the past tense “the books” those in which I have written so much and for so long.

“Who shall hear the words that I write? And where? Runes on a field of white.”

What are you looking for, exactly? What is it that led you here? Curiosity? A hope to hear me? A search for knowledge? To catch a glimpse of me?

“Adrift at the end of the world, an old man with a broken voice, as at the beginning, I recite my monody… a liturgy which no one needs to be taught the words and phrases,” “shadows limned, // ineluctable human form. // Endless.”

You must be able to respond. Here. Now. Because, afterwards it will no longer be possible. You will be another, elsewhere and…

“Everything will have and will be changed,” you’ll tell me?

But no, on the contrary.

I dreamt it was the end of the voyage.

Isn’t it always so?

My end is my beginning.

… There has always been something else, a breeze, a breath, a word that changes me, alters me, metamorphoses me into another being, creating another framework. There were always other places that engaged me, which I foolishly attempted to draw the maps, define the contours; knowing from the beginning that it was all in vain and so much vanity; and that between these two lines the world was always worn away.

“The world beneath our feet, between our hands throws off its limits, its finitude. Suddenly it not only becomes immense but it collapses locally, it fractures becoming hollow, open.”

Such was the memory // and the words that emerge from there…

It is all, perhaps, just a dream, an idea, // a thought, impression, illusion, an outline // shapeless form,

… now, the only thing that remains for me is the silence of the evening shadows several shards of mirror scattered on the ground in which are reflected my foot prints in sand already half effaced, // bits of imitation leather found here and there where I have landed on the banks, // tatters of parchment made illegible by the endless ebb and flow of the days and nights…

And my shipwreaked thoughts // which filled the time…

“Only fiction does not lie, it opens ajar a secret door into the life of man through which slides, through his grasp, his unrecognizable soul.” (François Mauriac: Commencements d’une vie, Grasset, P. XV, Paris, 1932.)

So many crossings, stops, returns, departures: Ten years — one day — one hour — one second — a nano-second.

… these voyages… these places, these people… Dublin… Montréal… Ithaca…

Her eyes her gestures her voice, // she is always there, night after day after night

And I asked him with my eyes to ask again

and then he asked me would I say

yes my mountain flower and…

Her arms embrace me, her skin, her glance and words tender and delicate,

her warm breath… her perfume… her breasts firm upon my scarred chest // my heart fleeing, lost // her perfume

her hands // her eyes

Could it be that I have imagined all this?

Speaking of lightness and mediation through culture, Le projet Ulysse is the perfect opposite of Désordres [by Roxanne Turcotte]. Firmly rooted in the myth of Ulysses, this work is backed by an extensive narrative in French, English and German. These lyrics are the star of this show, and their multiple and difficult meanings are making it difficult to focus on the music or the electroacoustic treatments. Among the voices participating to this work are singer Shelley Hirsch (who does a lot more than narrating), actor Gabriel Gascon, poet Fortner Anderson, playwright Wajdi Mouhawad, and composer Ned Bouhalassa. Interesting fact: this DVD-Video release includes a video track with stills from the performance and a scrolling graphic score.