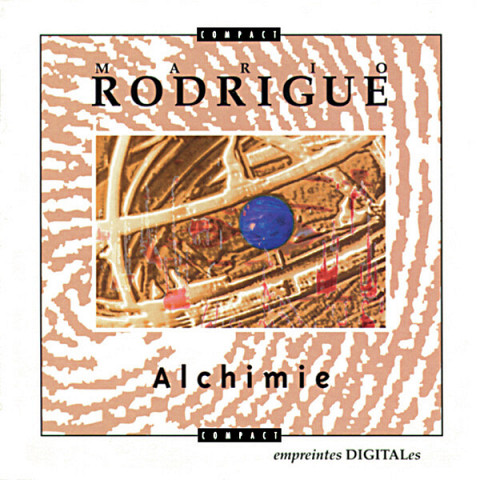 … a sense of space and movement, and an effortless movement between real and surreal imagery. — SAN Diffusion, UK 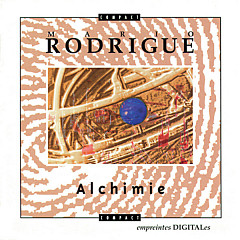 There seems to be a line, a buffer zone which separates what is from what might be. A floating frontier where the concrete stands in counterpoint to the imaginary, the existing to the as-yet-to-become, the realized to the potential, in short, the past to the future. This line is the present. Always moving yet stationary, the elusive moment of our fluid desires, the present forges the future and crystallizes our passions.

Between the experienced and the unaccomplished lies a path of perpetual conquest: that of the past in relation to ever-changing aspirations. And so the present is infused with intent, direction and expectations in regard to the unknown. This is the stance that I adopt during my composition. The beginning of a work proffers the end, traversing an impulse and keeping its thematic continuity.

Of the five pieces on this disc, three (Tilt, Qu’est-ce concert? and Fiano porte) were composed in the studios of the Faculty of Music of the Université de Montréal, using standard analog sampling: recording on tape and varying the speed of playback. In this manner I could construct chords of bells, human voices, springs, accordions, marbles rolling on various surfaces, and of other sound objects. An analog system of active filtering permitted me to develop these sonorities, adding many colors, many forms to my palette of sounds, and assuring a coherent temporal progression.

To produce this disc, I copied the original tapes of these three pieces on a multitrack digital audio tape recorder, and sampled the sound sources as well as other sounds to enhance certain parts of the pieces and thusly create new, definitive versions. The production of this disc provided me with the opportunity to rework these pieces: I heightened them — without deforming them — strengthening the themes and solidifying the basis throughout, [thereby accentuating several movements].

… a sense of space and movement, and an effortless movement between real and surreal imagery.

Bells subsume into drainage systems and there is something quixotic about the cutting-up of water. And is identifying sounds winning out over listening to them? A taste of honey and a swirl of flies? Now shivering and wobbling, with an unidentified lowing beside. The cut-up review? No, as it coincides with the lowing laugh — that would be banal. Voices of children are trumped by more wobbling. Thumped? It could be read as such. Coo-koo. Applause. Is alchemy’s transmutation nothing less than an exchange of ideas? Something from nothing…

The sounds that this electroacoustic music composer who studied in Montréal under the supervision of Marcelle Deschênes and Francis Dhomont, uses are highly identifiable or rather method sounds. Chance seems to be a distinct feature of his intention and some episodic memory can be made out in the soundscapes appearing at certain points of the piece.

A lot of great music is packed into this slender, discount-format CD, one of the best on this label. Rodrigue’s electroacoustic pieces have a fluid style that is refreshingly different from the jarringly erratic nature of most tape-music. Like a roller coaster ride through a spectacle of stereophonic fireworks. Not merely entertaining either: compositionally, the pieces are compelling, and they are no less artful for all their seeming concern with impressive technical tricks. It took some talented hands to shape these little tracks. Rodrigue is my top recommendation to insomniacs who listen with headphones.

It took some talented hands to shape these little tracks.

Montréal composer Mario Rodrigue offers five electroacoustic works in this release, each demonstrating his keen ear and sense of humor. In Tilt, he creates an imaginary pinball machine and explores the sounds it might make; Cristaux liquides is described in the notes as “sound poetry inspired by two different physical states of water—solid and liquid”; and Le voyageur relates a space traveiier’s exploration of one of earth’s major metropolises.

Undoubtedly, the period beginning in 1985 and ending around 1991 will certainly go down as the ‘golden age’ of electroacoustic composition at the Université de Montréal. That six-year span would see a cluster of future internationally-renowned composers like Gilles Gobeil, Robert Normandeau, Stéphane Roy and Alain Thibault walk the same corridors and share studio time. Other composers like Michel A Smith, Denis Saindon, and Daniel Leduc would also realize outstanding works in their respective specialization (Multimedia, Live Electroacoustics, and Radio Art). Why, come to think of it, Christian Calon, though not a student, was working in the music library during some of those years!

The fact that this was indeed a unique period is confirmed with the release of Alchimie (alchemy) and Amore (Love), two short-duration CDs (+/- 40 min). Mario Rodrigue and Roxanne Turcotte were also part of that illustrious group, and though there names may not be familiar to readers of Contact!, their work is as rich and polished as that of their former classmates.

Rodrigue’s Alchimie contains 5 acousmatic (solo tape) works covering an 8-year period. The first piece, Tilt (1986), is a short, dynamic ride in an imaginary pinball game. Chosen as best overall work in the 1986 CBC National Competition for Young Composers, it contains most of the elements that one finds in Rodrigue’s latter works: rich inharmonic tones (bells); tonal chords (pads) and progressions; short repeated rhythmic patterns; and most of all, lots of movement (dynamic stereo panning, montage). Of the remaining four works, it is Cristaux liquides (1990) that stands out, with its very colourful blend of anecdotal and abstract sound objects. Like Calon, Gobeil and Normandeau, Rodrigue’s work has been influenced by cinema, and virtually all of the works on Alchimie provide the listener with finely-crafted, vivid examples of ‘cinema for the ear.’

Alchimie is part of empreintes DIGITALes’s series of electroacoustic recordings for introduction or exploration of the genre. The CDs, each under forty minutes, come packed in a slimline case and are half-price. Here are five piece recorded by Rodrigue from 1986 to 1993. This includes Tilt, which earned him the 1st Prize in the electroacoustic category and the Grand Prize in 7th CBC National Competition for Young Composers (1986). Tape recordings of varied playback speed make up three of the five pieces on this disc, Tilt, Qu’est-ce concert? and Fiano porte. Using this technique, Rodrigue put together sounds usually encountered discretely (bells, rolling marbles, etc.) into “chords.” The effect is visually evocative because each sound brings to mind a tangible shape and texture. Also, these audio collages suggest weightless floating and a fantasy setting. The unexpected sonic replication and ‘harmonization’ suggests the effects of surreal distances and perceptions as encountered in dreams. (4.5/5)

… each sound brings to mind a tangible shape and texture…