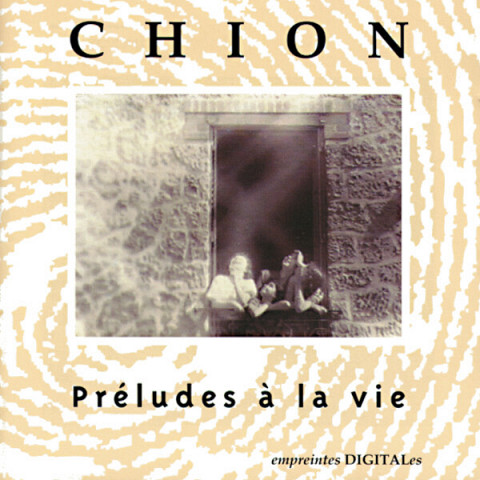 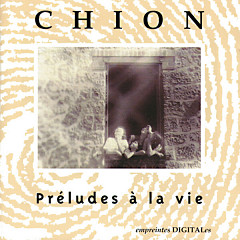 To begin with, Michel Chion is a concrète musician. The signs of a concrète art for me are now very clear. Such a musician mistrusts machines, especially electronic instruments, even if he uses them. He first of all has an ear before he has buttons to turn. He listens to the depths of natural sounds and learns from them. Finally, he has a taste for the Word.

The trait of the poet is infrequent among musicians and, beyond words and ideas, a preference for images and myths. Hear words are at work in this music, the very resource of language. Not simply words cut up into pieces according to the idiotic fashion of creating ‘sound material.’ But signifying words.

In opposition to the needy musician who searches madly for a worn-out text, Michel Chion demands that the word from time to time be the deliverer of sound. After all, sound, proposed as a parable, usually recounts a genesis, the causal engendering of phenomena. What good does it do to gape before it in frivolous compliance or resignation? How can one not break the mechanical discourse and, if needed, force it to take on a human meaning?

This second album on empreintes DIGITALes, as with the first one, consists of very different works which are quite separated in time: Le prisonnier du son (The Prisoner of Sound, 1972), my first “melodrama” and my first long musical work, and the Vingt-quatre préludes à la vie (Twenty-four Preludes to Life, 1989-90), a more formal and technical work which, I hope, is also poetic. Despite everything, these two musique concrète pieces are connected, like the two sides of a vinyl album, and their final moments form an echo.

The final words of Vingt-quatre préludes à la vie sound in effect like a response to the question posed by Le prisonnier du son: “The Wall of Sound, when will we overcome it?,” the prisoner asks of the future to which the voice of Cécile Sacco responds at the end of the Vingt-quatre préludes à la vie, by an affirmation of the present: “We are alive.”

Also new on the label from Chion is Préludes à la vie (Preludes to Life). This combines pieces from 1972 to 1991 in two electronic operas. In Le prisonnier du son (The Prisoner of Sound) a single human voice tells the story of a lone character trapped in a world of manipulated sounds. The title piece is a series of technical exercises in the possibilities of musique concrète. (3/5)

Préludes à la vie is a fascinating disc containing two collections of works from the French composer Michel Chion. Both pieces are made up of many small sections.

Le prisonnier du son, composed from 1972 to 1991, is narrative, a type of radio play starting with a spoken introduction. Many parts of this long work are decidedly lo-fi and even distorted, showing the technological age of the work. This is not a bad thing. Some of the thrashier bits effectively evoke a trapped sensation. Even though divided into small chunks, the whole composition feels unified.

24 préludes à la vie however is a mixed bag of music. These are preludes leading to the next prelude to the next to the life at the end of the disc. Most of these 24 preludes are delicious and sometimes mysterious. The textures and arrangements are gorgeous. But a few pass with little notice, like moments of staring into space: all except the last are under three minutes long. I particularly like Éveil, the sneaking-in-the-dark mood of Le couple, and the scary monsters of Danse de l’Ombre.

Short works have an inherent charm, if for nothing else than if you don’t like a piece, at least it will be over soon. But rarely do short works become ambient and flow. When strung together, as they are on this disc, the overall effect of these works is abrupt and shapeless. The individual compositions become part of an incoherent mass, a succession of outbursts. Sequencing music like this is like writing a poem by using only one-syllable words or like listening to an athlete speak. It is the wrong medium, the wrong milieu for these pieces. These compositions would be much more compelling, either a respite for the ears or a sudden wake-up call, if they were tucked between longer, more fluid compositions. Or as the title suggests, these works would be better applied as preludes rather than as a succession of discrete and often poorly-related units. It is difficult to pick out pieces that are appealing and avoid ones that aren’t successful.

Nonetheless, I do love this disc. Michel Chion is a master of texture, and I delight in immersing myself in his subtle, unpredictable patterns. I appreciate the absurd touches he plants throughout his works, the crazed voices, the sudden distorted crashes. His music is wild, jumpy, and then achingly lyrical.

Although this disc is less than ideally arranged, Michel Chion’s music is always rich with gems and a twisted hint of alien humour.

The first piece, a 35-minute assemblage of sound material created over a 20-year period (1972 to 1991), has a lot of the sinister electronic flavor of his Requiem LP [now on CD]. There is a lot of French speech here, most often heard in moments otherwise silent, but always following and preceding bursts of all-too-short sound compositions. To the non-French-speaking, the first piece may be monotonously wordy. The sounds however are quite potent and remind me of the material by Pierre Henry reissued under the title Apocalypse de Jean. The remaining 42 minutes of this CD are all but wordless montage of quirky sound snippets, incorporating many moments of silence. This piece probably best suits the tastes that enjoy compilations like Électro clips and Ding Dong Deluxe.