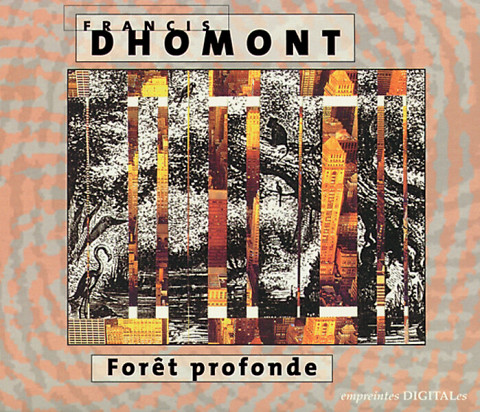 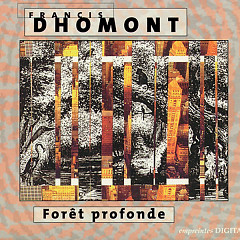 Forêt profonde belongs to a group of works inspired by psychoanalytic thought: the Cycle des profondeurs (Cycle of Depths), comparable to my Cycle de l’errance (Cycle of Wanderings) (IMED 9107; IMED 9607).

This Cycle of Depths is presented, in its current form, as a diptych of which this disc constitues the second part; the firstpart is an oldest composition, Sous le regard d’un soleil noir (Under the Glare of a Black Sun) (1979-81, 83) — instigated by the work of Bristish psychiatrist and psychoanalyst RD Laing which constitutes another empreintes DIGITALes compact disc release (in coproduction with the Ina-GRM) [IMED 9633].

This form nevertheless remains open and will perhaps be augmented by a third part (thus, a project-in-progress) devoted to the works of Kafka guided by the writings of Marthe Robert.

It is a very old preoccupation of mine, this meeting of the imagination adhering to the ‘psychology of depths’ and the mental images projected by acousmatic art; what more appropriate, in fact, than this very language for staging, musically, these fantastical representations?

The resources of a morphological vocabulary and its most adventure some associations — which the alchemy of the studio permits — procure for the ‘acousmate’ a power of auditory suggestion capable of expressing the inexpressable unconscious.

Furthermore, in one case as in another, it is about exploring the domain of archetypes.