Nicolas Bernier is certainly one of the most prolific of the younger generation of electroacoustic composers. Mostly known for his performances, installations, and atmospheric music, he signs here a first album of musique concrète / acousmatics. We will again find his clever amalgam of aesthetic influences to which he has accustomed us, but in his most daring bill. A unique blend of musique concrète made of exalted ruptures (Liaisons mécaniques), felted drones (Les chambres de l’atelier), electrifying sound bursts (Antithèse électronique, Writing Machine), and with a bit of vehemence (Dans le ventre de la machine). A must. 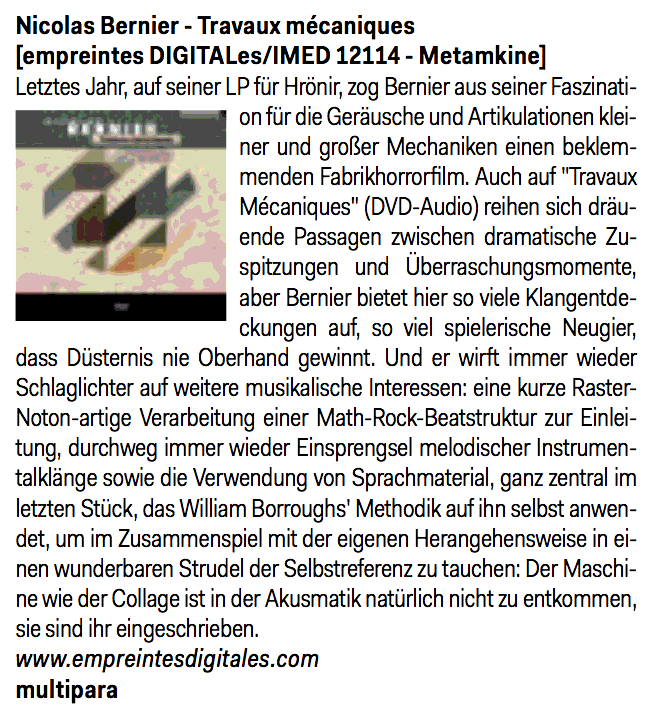 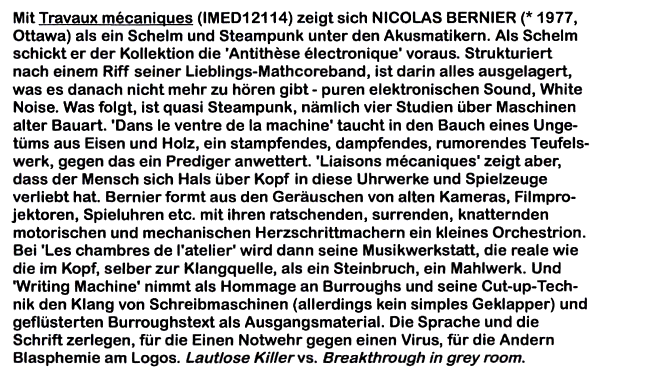 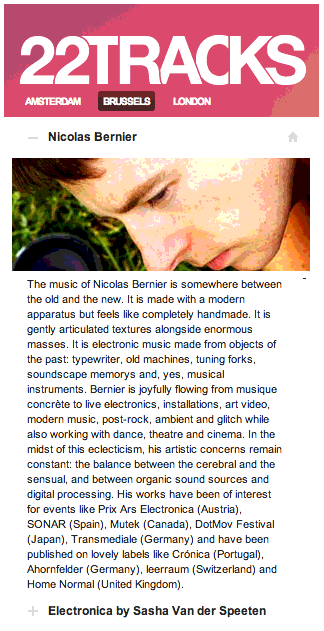 Nicolas Bernier seems fascinated with machines — the old mechanical kind that needs some elbow grease to get going. Travaux mécaniques (out on DVD-A with surround and stereo mixes) culls four electroacoustic works about these machines. In Writing Machine, treated typewriter sounds accompany cut-ups of William S Burroughs’ voice. Les chambres de l’atelier and Liaisons mécaniques evoke gears, cogs, assemblages, sequences of actions entailing other actions, fantastic cause-and-effect relationships. Dans le ventre de la machine takes us into the belly of the beast, an immersive journey through a soundscape of gears, with Mario Savio’s famous Bodies upon the gears speech thrown in for good measure. Travaux mécaniques paints a highly complex soundworld where there’s a lot happening on many levels. There’s not a single second of downtime. Possibly Bernier’s most dynamic record to date. Highly recommended.