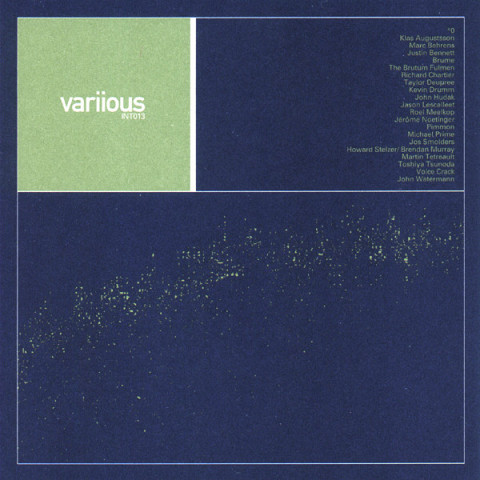 A Who’s Who of extreme electronic avant-garde.

“I commend this compilation to anyone as a fine example of what’s good and exciting in today’s electronic music.” —Signal to Noise

“Intransitive Recordings has given us a souvenir of a non-existant wrap-party for the first series of recordings from this discriminating label. Variious also functions as the start of series two for the label. Exploring various avenues of improvisational and calculated sound textures, Intransitive has essentially been taking audio snapshots of movement. With this in mind, this 2 x CD set is much like a photo album featuring some of the photographer’s most favorite pictures. With all Intransitive releases, this disc is limited and I’m predicting it will be a much sought after item before long.” —Jon Whitney, Brainwashed

“With many (but not all) leaning toward the current state of pop/click glitchiness, 21 Various Artists have given generously to Variious, a limited-to-1000 2 x CD compilation from Intransititive. Big names within the eclectic listening crowd mingle with lesser-known artists of similarly experimental soundesign tastes; the resulting complexities are sure to confound mainstream ears while delighting the hard-core explorer... Exploring sonic mutations in various modes yields a broad overview of just how far sound can be bent in very different directions. A top-notch gathering of experimentally-minded electronic composers/designers make Variious a worthy listen.” —David Opdyke, Ambientrance

“This is one to learn from, in that the possibilities of a diverse series of approaches is explored. a superior collection, deserving of my highest recommendation.” —B Wildered, Desiderata

“Check out Variious (yes, with a double “i," released by Intransitive) to hear minimalism conversing with other experimental tendencies... field recordings, feedback improvisations, turntable collages and general mad-scientist deviousness. This is some of the most exciting music being made; if nothing else, it’ll have you hearing your drive to work tomorrow quite differently.” —Lang Thompson, Creative Loafing 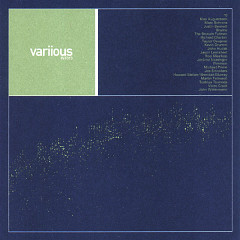