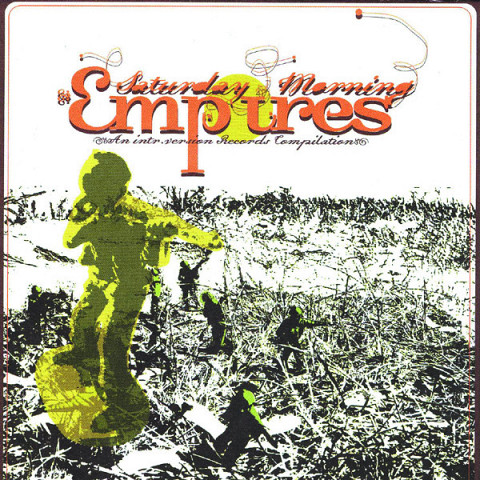 Since its beginnings in 1999 Intr_version records has emerged as one of the premier Canadian experimental electronic labels. Formed while the fledgling Canadian scene was finding its feet, Intr_version has played an important role in attracting international attention to this country’s active and fertile electronic music scene. Saturday Morning Empires, Intr_version’s first compilation since 2000’s With Naïve Assurance…, includes new work from artists on the label’s current roster as well as music from artists that either have a strong affiliation with the label or will be releasing work in the near future. This collection of music includes some of Canada’s best and most compelling artists as well a couple of international collaborators. Curated to reflect Intr_version’s eclectic span, Saturday Morning Empires ranges from Tomas Jirku’s icy dub to Tim Hecker’s melancholic treated guitar works to Beans’ dreamy post-rock driftscapes to Avia Gardner’s off-kilter dream pop. All tracks are exclusive to this compilation. 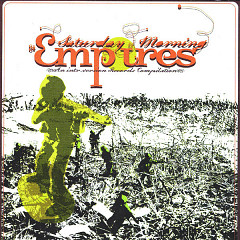 Electronic experimentalist Mitchell Akiyama began Intr_version in Montréal back in 1999, just as things were starting to really cook in North America’s most European city. When the experimental electronic festival Mutek kicked off the next year, Montréal (and Intr_version) found itself coming under international scrutiny among those who hold Scape, Orthlorng Musork, Ritornell and Mille Plateaux in high esteem. The fix came in and soon just about anything digitale et Québécois snapped up the interest of IDM heads worldwide; that’s when things started to take off for Akiyama and his label. Since that time, Intr_version has released a bevy of solid atmo-glitch electronic records to significant critical acclaim, with Tomas Jirku taking a lion’s share of the spotlight. Now with Saturday Morning Empires, it’s clear to see that Jirku, though quite talented at producing chill micro dub, is hardly the label’s only star. No, we have to include Ghislain Poirier, who with 300 000 Enfants Soldats proves that the glacial downtempo and static melodies of his Sous le manguier LP on Intr_version was no fluke. The up-and-coming Montréal outfit Vitamins for You kicks out Pole-styled echo dub on Luxury and Hope, building the theme in spurts of melodic invention. Of course other Montréal artists are represented on the comp, including treated guitar by Tim Hecker and Akiyama’s own breed of sparse electronics and vocals on Clouded Upon, making Saturday Morning Empires come across as much an ode to Montréal’s vibrant electronic music scene as it is catalog for Intr_version’s recent and forthcoming output.