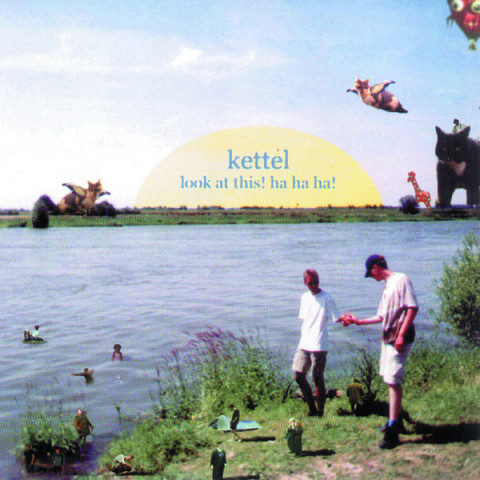 The noble Reimer Eising returns for his second outing on Kracfive, again enlisting his loyal gnome-choir to sing and play synthesizers for his catchy melodic folksongs. They’ve learned a lot and can really groove! Similar to his Plaid-influenced debut LP Dreim, Look at this is heavily melodic and equally satisfying, but catchier and further developed. Look at this calls into mind rolling hills of The Netherlands campgrounds, flying catbirds, and gnome hideouts. Following releases on Holland’s DUB and England’s Neo Ouija and Planet Mu, as well as the collaboration album Original Instrument with Colongib and Octopus Inc and Miragliuolo, this collection of songs recorded between 2001 and 1999 is Kettel’s most upbeat and uplifting release yet.

This item is not available through our web site. We have catalogued it for information purposes only. You might find more details about this item on the Kracfive website. 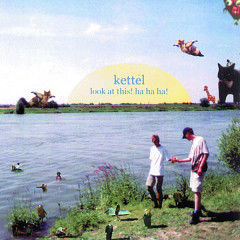 Here’s a release I have for quite some time now, but didn’t manage to review it earlier. It’s a longer EP (25 minutes) by Kettel, one of my favourite of the new melodic (idm) artists, and by now a favourite to many like-minded people around the would. Even when Kettel (aka Reimer Eising) is obviously inspired by the global idm scene, it’s certainly fair to say that there are much more things and diversity in his music, at least what I’ve heard so far. It varies from one to other track, so you couldn’t guess what’s the next surprise. I figured out there can be quite a lot of jazz in Kettel’s music, just hear the track Any waken sly blonda from the EP Cuddle and then leave released by Dub. That electronic jazzy feel is present on the Look at this! ha ha ha! EP too, though not to that extent and with same intensity as in the track I mentioned before. What Kettel does and it distincts him from many of the artists on that scene is not trying to be precise in the melodies, as Novel 23 is for example, but he rather improvises with the melodies, mixing sounds, beats, field recordings etc. and playing with the sounds and with those various sound sources as with instruments. And he’s quite good in that. As a result of that is the absence of classic stand-out tracks, which you can’t really find on this release (although it comes close in tracks 2, 6 and 7), but instead there’s an ongoing shifting atmosphere. Sometimes more absent, other times more concentrated, as in the nice track Twinkle Twinkle That is You. Mixed up melodies, coming from the idm jam sessions in Kettel’s means, where often sudden and unexpected joyful things surprisingly show up, as in Philiphill Timee.

… mixing sounds, beats, field recordings etc. and playing with the sounds and with those various sound sources as with instruments. And he’s quite good in that.

With an emphasis on plaintive melody over jackhammer rhythms, the murky electronic musings of Kettel (also known as Reimer Eising of the Netherlands) might seem disconnected from the terroristic arrhythmia that characterizes much of contemporary electronic music. It’s to Eising’s credit, though; the ridiculously titled Look At This! Ha ha ha! is endearingly listenable. Dues are paid to Boards Of Canada’s way with eerie nostalgia on Bird-Covered Lungs and the woozily entrancing Philiphill Timee, and the dreamscape-spinning chug of Reim Doesn’t wouldn’t seem out of place on a Four Tet album, while Guru Lost Riddle stretches Venetian Snares’ speed-gauntlet tactics into a distorted 4/4 noise-romp. But while this Kettel EP might seem like an exercise in musical magpie-ism, it’s actually a fun, playful and hugely praiseworthy venture in altered-state musicality. Also reminiscent of the deceptively melodic techno inflections of Plaid, Look At This! Ha ha ha! is shot through with fun, recklessness and even occasional doses of reflective melancholy. It’s definitely worth investigating.

… shot through with fun, recklessness and even occasional doses of reflective melancholy.