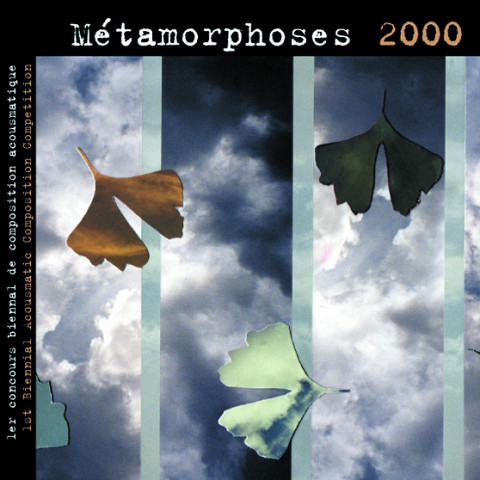 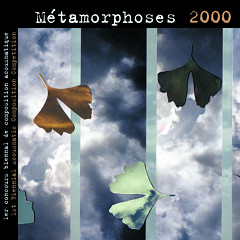 For the first edition of the “Métamorphoses” Biennial Acousmatic Composition Competition in 2000 the preselection jury (made of Francis Dhomont (president), Beatriz Ferreyra, Hans Tutschku, and Annette Vande Gorne) has chosen, out of 110 pieces received, the following finalist works:

Special mentions were given to:

In the “Students and under 28” category the jury has awarded, out of 55 pieces received, the following prizes:

Special mentions were given to:

The six finalist works and the “Student” prize were programmed at the October 13th, 2000 competition/concert of the 7th International Acousmatic Festival “The Space of Sound,” in Brussels (Belgium) at which time the jury (formed of Francis Dhomont, Beatriz Ferreyra, Léo Küpper, Elizbieta Sikora, Denis Smalley, and Hans Tutschku) awarded ex æquo the “Prize of the Minister — President of the Communauté française Wallonie-Bruxelles” to Les flûtes en feu by Åke Parmerud and to Tropisme by Aliocha Van der Avoort. The Public prize was also awarded ex æquo to Dreamlike Shudder in an Airstream by Stephan Dunkelman and to Midong by Suk-Jun Kim.