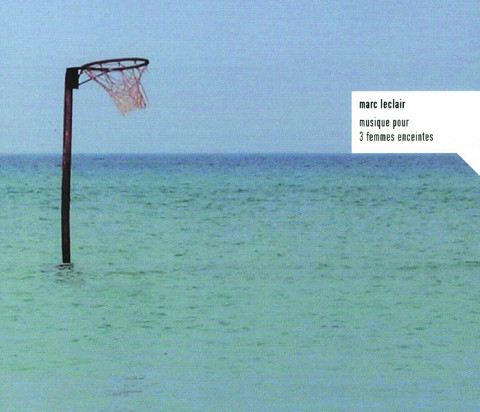 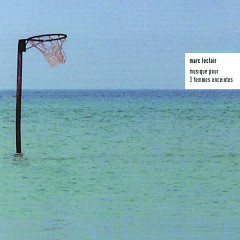 From discussions with friends I gather that music obsessives tend to think differently once they start having babies. A wall of CDs apparently begins to seem pretty insignificant when your child is playing next to them on the floor. Maybe they’re even a safety hazard. They start to wonder: Is that thing bolted to the wall?

But beyond the physical objects, new parents begin to hear music through the ears of their kids. And questions come up. What sort of music will my baby like? Will playing Mozart really make her smarter? Do I really have to learn to enjoy the Wiggles?

You take this thing you care about (music) and try to figure out how it fits into this new life (parenthood). A couple years back Montréal’s Marc Leclair, whom most of us know through the sample-crazed microhouse he’s made as Akufen, applied his skill with his sampler and electronics to the concept of pregnancy. His wife and two close friends all became pregnant around the same time, and Leclair began work on what was to become Musique pour 3 femmes enceintes (“Music for 3 Pregnant Women”). A 71-minute concept album, it tracks the progression of a fetus in the womb, measuring the term with track titles like 64e Jour (64th day). After a low-key release in 2005, it’s now been reissued here in the States.

We expect certain qualities from a concept record about this subject — something warm, enveloping, aquatic — and Leclair delivers. The early part of the record, from around the opening 1er Jour (a collaboration with German minimalists Rechenzentrum) though 85e Jour, is infused with viscous pop ambient drift, the gauzy synth pads ebbing and flowing with rhythm (but not beats), cut here and there with Leclair’s needly electronic glitches. It follows that this part of the record would be more shapeless and fluid, when cells are just starting to assemble themselves into something we recognize as human. And Leclair is good at this sort of vaporous ambient wash. Lost in the discussion of Akufen, which focused so intently on cut-up samples, was Leclair’s skill in crafting effective sound from scratch.

The record turns at 114e Jour, when guitar fragments and the sound of a storm first appear. As the ringing acoustic tones fold in Leclair adds the first bass-driven beat and hard dubby pans of echoing synth across the spectrum. Guitar is featured prominently through the rest of the record to terrific effect, connecting somehow the abstract and internal world of electronics with the messy, organic and open-ended reality of life “outside.”

The following 150e Jour is an unfailingly gorgeous and tightly sequenced quilt of guitar and piano samples reminiscent of Tangerine Dream, and it’s here where the concept of the record really comes together. I hear a suitably complex mix of feelings and sensation. There’s no small amount of fear in the insistent repetition, but it’s cut with danceable beats that suggest joy. It’s a track that just seems to be happening rather than within anyone’s control, a quality amplified when the deep 4/4 bass drum enters around the six-minute mark.

The beats are more prominent from that point forward, and for my money they’re far more engaging than the finely chopped radio cut-ups of Akufen’s My Way. By 236e Jour the record is really moving, coasting on a crisp house beat and surprisingly physical synths that seem to tear in half and reassemble with each bar. There is no sound to correspond with the “274e Jour” listed on the record’s sleeve. By that time, we surmise, the baby is out in the world and it’s time to figure out what comes next. Raymond Scott, maybe? In any case, Leclair has created an excellent and varied record that sounds really good in a single go straight through.

… an excellent and varied record that sounds really good…