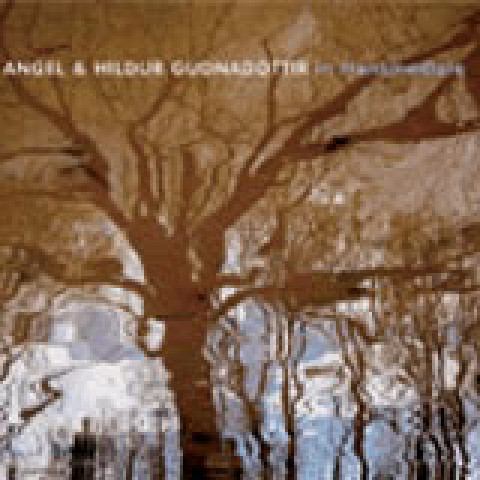 Angel is the collaborative project of Dirk Dresselhaus (commonly known as Schneider TM) and Ilpo Väisänen (member of Pan Sonic). On In Transmediale, Angel is joined by cellist Hildur Guðnadóttir. Recorded live at the Club Transmediale, Berlin in February 2004. 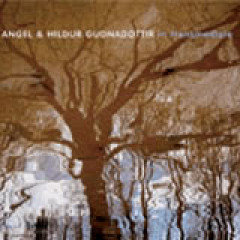 A collaboration of many kinds, this one. Dirk Dresselhaus is at the core. The man from Schneider TM, as well as band member of Locust Fudge, Pancake and Dr Drek has played with Hildur Gudnadottir before, on the CD Good Sound under the banner Mr. Schmuck’s Farm (on the same label as this new one) and also with Ilpo Väisänen is active as Angel. Väisänen is most known for his involvement with Pan Sonic, but also played with Bruce Gilbert, Alan Vega and a forthcoming release with The Hafler Trio. Back when reviewing Mr. Schmuck’s Farm I had no idea who she was, but she is part of Kitchen Motors collective in Iceland, as well as playing the cello with many people on Iceland. In April 2005 the three played together at the Transmediale festival for more than an hour, and the result is now available on CD. This release continues the style set out by Mr. Schmuck’s Farm rather than the music of Angel. One long piece of drone music. The basic rule, so it seems, is that they agreed to start out in a rather soft manner and then make a sweep into noise land and land safely in more quieter realms. The noise part really cracks out here. I believe that the two men pick up the signals produced by Gudnadottir and process these through their own blend of electronics, by which we don’t understand laptops, but all sorts of black boxes with knobs. This has only vaguely something to do with drone music, but it is made on entirely different level than the usual drone suspects of Vital Weekly. Powerful music, as opposed to music that is supposed to lull you to sleep. It’s great to see at least something moving away from the usual path.

Joe Colley is also someone who shouldn’t need much introduction. Years ago he was active under the name Crawl Unit, but who remembers that? It’s been Joe Colley for some time now and as such he is quite active as a recording artists (solo, but also in collaboration with say people like Francisco López and Jason Lescalleet), performing around the world, and putting up sound installations. His work got recognition at Ars Electronica and Transmediale (but I wonder who would care about that really?). Colley is a man who loves the sound of decay. Things that are on the fringe of being broken beyond repair find a good place in his hands. The last breath of something electrical is in good hands with him. All to easily you could think that Colley deals with ‘just’ noise. Not so at all. He is also a man who loves drones - how he conceives them is not really of great importance, certainly not through a laptop, but he has them. These two ends, the drones and the noise, may seem opposite s but be assured they are in very capable hands. The opening piece Bruise Voltage And Field Error is a loud beast of a broken contact microphone choir and cable hum. The Last Audience closes the CD with a heavy drone piece that could almost be derived from feedback, but it stays away from the real noise bursts. In between the journey went through various stages, various moods (not all that negative, which seems to hover around his work) and various forms. Joe Colley’s music is an unique blend of highly intelligent noise, blending the harsh end with the more soft side, but always remains listenable. From his solo work this is perhaps the best so far.

The final new release on Oral is by someone of whom I never heard, Mylena Bergeron, and still don’t know anything, other than her working methods. She collects raw, concrete sounds which she then dully processes. In this process she wants to preserve the essence of the sound, which is done in the third phase, harmonization, through methods of editing. She calls her compositions “evocative and narrative sound landscapes”. Many of the pieces here (twelve in total) seem to be made with the sampler. She loops small particles and creates per piece indeed a sort of landscape, or rather a picture of landscape. The original sources are not always to be recognized, even when we hear voices, the supermarket, muzak and such like, but they are embedded in the overall processed sound. It took some time for me to get into this, as at first it all sounded a bit too simple, too easy, but as the CD progressed I got the drift of it, and thought it was quite nice, but perhaps a bit long. Sometimes Bergeron seems to be taking a little too much time to tell her story without knowing where to end it. A bit more concise and perhaps with a couple of pieces skipped, this would have been an absolute gorgeous CD, now it’s just pretty much alright.