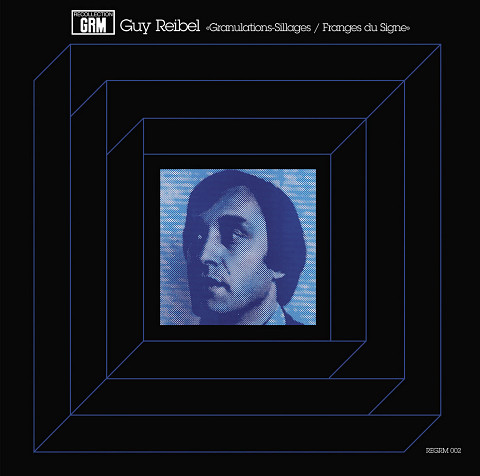 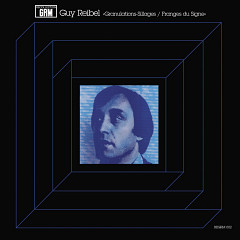 Editions Mego inaugurates a new vinyl reissue imprint with two titles from the GRM catalog. The music represents the diversity that was the guiding spirit of composers in the Groupe de Recherche Musicales, founded by Pierre Schaeffer and of which Guy Reibel was an early member. Yet, there are some striking similarities that unite these two mid-1970s slabs of acousmatic music.

The story of how Pierre Schaeffer, first a radio engineer and then a composer, experimented in the late 1940s, having only French-radio turntables and stunning intuition, creating what he called “Musique Concrete” using sounds from every-day life, has become integral to a study of music history. These experiments gave rise to his concept of acousmatic sound, which, very briefly, involves sound whose sources remain unseen by the listener. Less well known is his return to something more like traditional musical values, as represented by this, his final musical work, completed in 1975.

In Le Trièdre Fertile, Schaeffer explores frequency, duration and intensity, and while these concerns informed some of his earlier compositions, here, they are addressed using purely electronic sounds. Listening to these transparent timbres emerge and disappear in starkly juxtaposed blocks does conjure shades of Schaeffer’s earliest musical works, such as the railroad studies of 1948, but with electronic sound synthesis, he can achieve infinitely complex gradations of microtone and vibrato in tandem with constantly morphing timbres. Listen to the hammered pitches slide in and out of focus in the work’s first two minutes, both individually and in relationship to each other. As the piece progresses, elements of drone (not so common in his earlier pieces) swell and fade, sometimes with microtonal inflections, sometimes creating gorgeous harmonies I can only describe as post-Romantic or unisons that sound as if they’ve emerged from the Gregorian Chant repertoire. Simultaneously, non-pitched timbres add layers of rhythmic complexity. These are in no way similar to the shockingly human sounds that Xenakis was using to create his La Legende D’Eer; rather, the emphasis seems to be on beauty and clarity of line and rhythm. Schaeffer and synthesist Bernard Durr created a fascinating kind of new counterpoint that would have yielded many fruitful paths of discovery, if other concerns had not occupied Schaeffer in later life.

At just about the same time, Schaeffer’s former assistant, Guy Reibel, was engaged in creating his first major foray into the acousmatic world. Reibel was born 26 years later than Schaeffer, and though completed a year before Le Trièdre Fertile, the opening several minutes of Franges du Signe delves deeper into the sonic landscape his teacher was creating. The wavy timbres, distinct at first, coalesce into an increasingly intense and unclear swarm of interwoven lines, traversing the stereo spectrum, but, like Coltrane’s Meditations, bits of pitched clarity can be heard, as with the little melodic figure at 3:37. Long sustains are integral to Franges’s structure, like the massive drone beginning at 15:33; even when these swatches of sound fray and fragment, their dismembered components inundate rapidly rather than allowing themselves to form orderly lines or groups. While its timbres seem to be derived mainly from electronic sources, Granulations-Sillages combines electronic and electroacoustic sounds in a dizzying array of dynamic and rhythmic extremes. Dense clouds of rapid-fire archetypal allusion abound, simulating opening doors, distorted human voices and transcultural string instruments against a space-age backdrop. It’s as if Reibel is intent on exploring and exploding the boundaries Schaeffer had spent so much time and effort erecting.