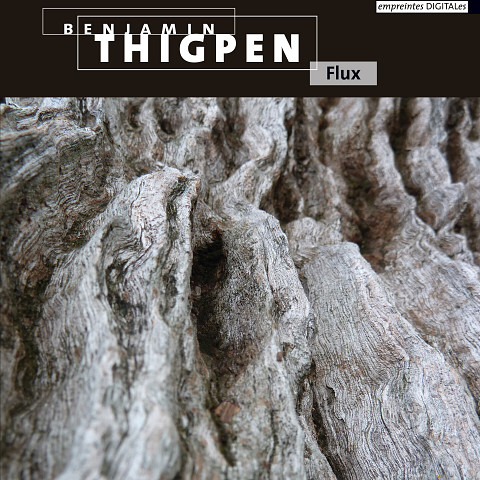 … the two electroacoustic compositions on Flux have sensual immediacy and an intuitive feel… — The Wire, UK 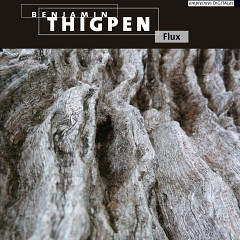 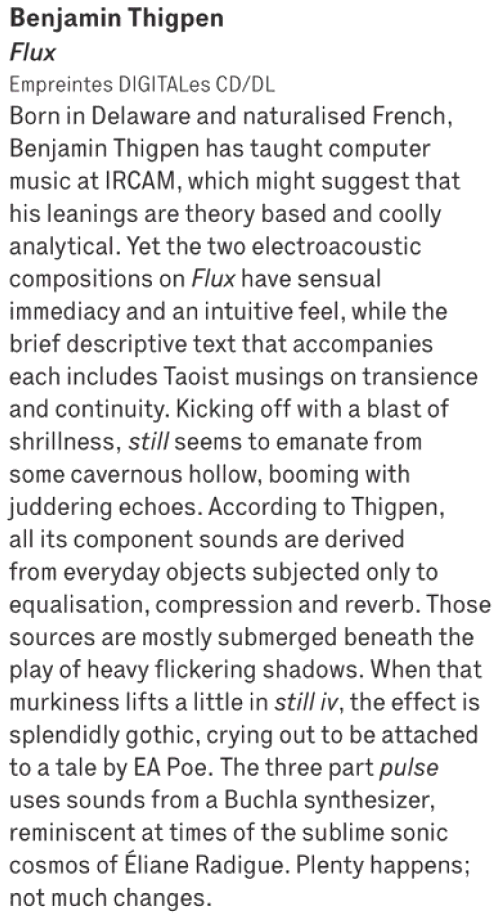 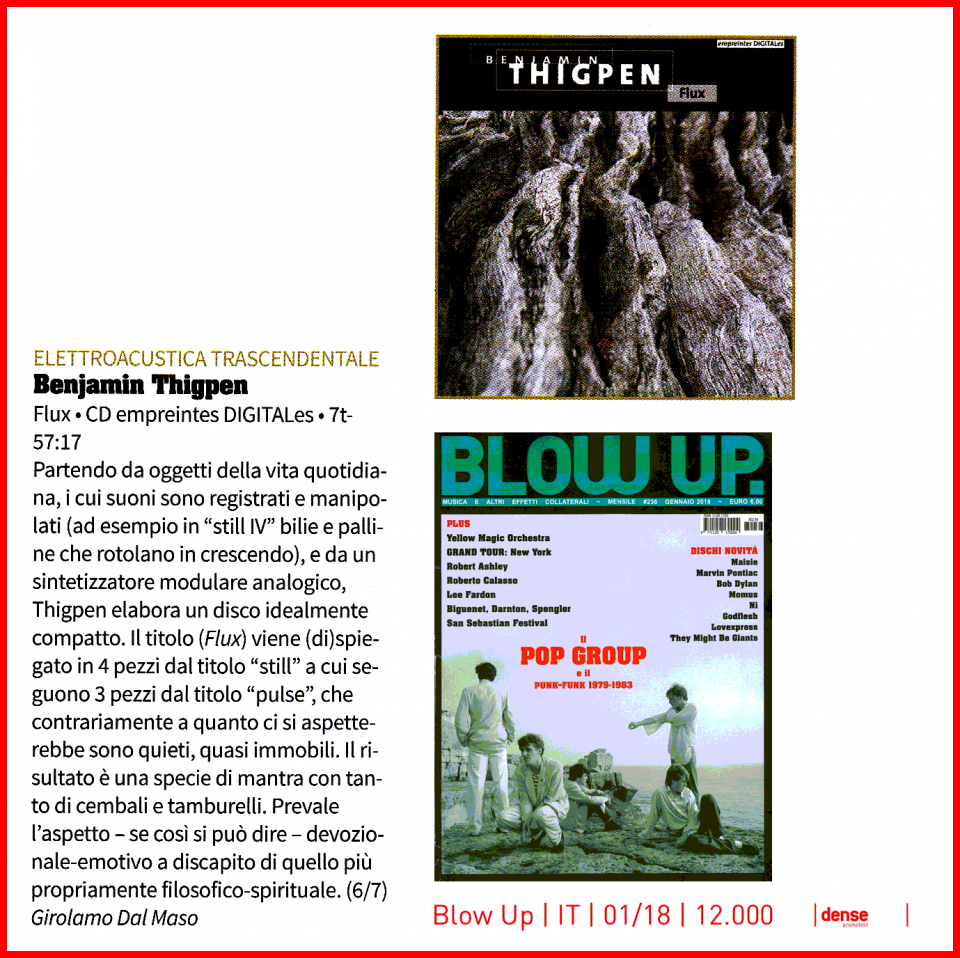 There are just two works on this disc, both of which eschew the trademark clichés that have contributed to make acousmatic music seem a tired, if not spent, force. In the four parts of still, Thigpen explores a sound palette of friction, ranging from the momentary glances of short impacts to longer stretches of rubbing and scraping. These are formed (or, seemingly, form themselves) into the kind of gritty, squally drone explorations one associates with David Jackman’s Organum. There’s a pronounced shift halfway through the third part, the introduction of drum-like thuds becoming a catalyst that transforms things into a wonderfully complex texture that fills the final part of the piece. pulse, using sounds generated by a Buchla 200 analog modular synth, is even more engrossing. Early on Thigpen explores the shimmer and judder resulting from placing frequencies beside each other, with the slow care of a scientist in a lab. This sounds simple, but the exquisite ballet of elements that results is utterly mesmerising and beautiful. The second part evokes Ryoji Ikeda in the way it converts pitches into burbling and twanging streams of data, arranged into a central climax that’s nothing short of glorious.

… the exquisite ballet of elements that results is utterly mesmerising and beautiful. […] nothing short of glorious.

This was altogether an excellent release.