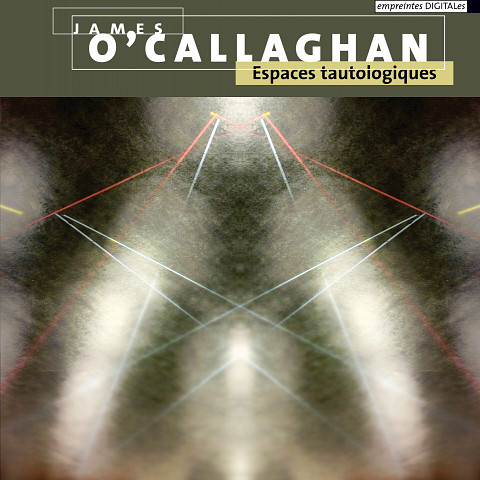 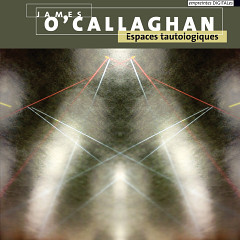 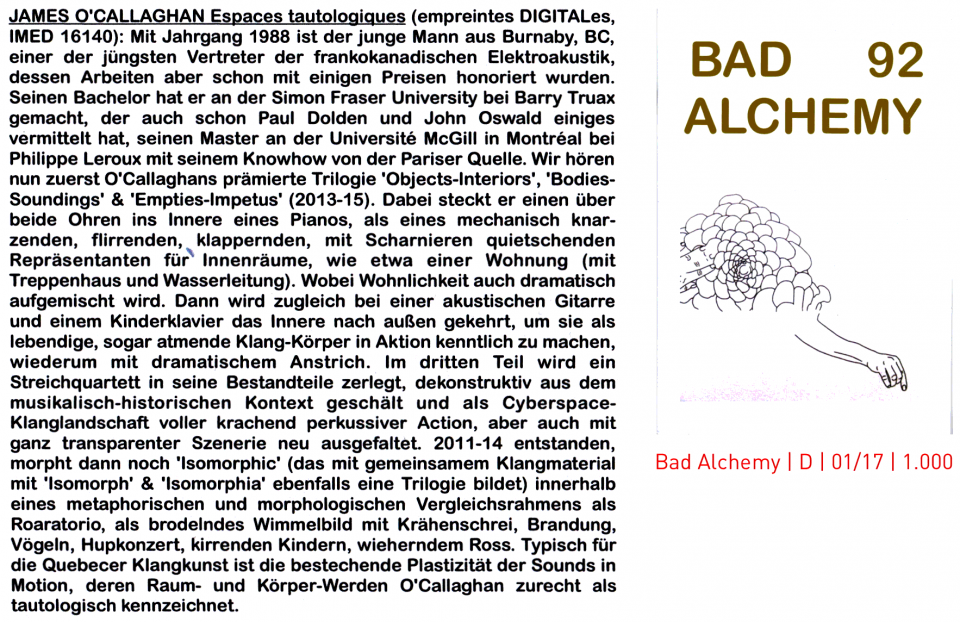 The four works on this fascinating collection from Empreintes DIGITALes vividly demonstrate O’Callaghan’s very physical relationship with found sounds. Isomorphic is a piece concerned with granular materials, whereas in the trilogy comprising Objects-Interiors, Bodies-Soundings and Empties-Impetus, instruments are not simply explored but thoroughly scrutinised, their sonic potential writ large in huge textures seemingly filled with a myriad whirring, clanking and gurgling machines and gizmos. This creates the startling impression that the instruments are organic life forms and we are hearing their internal organs and mechanisms, particularly in Empties-Impetus, where a potent drama emanates from continual alternations between mild and torrential episodes — the former of which become like pausing for breath between punches to the chest.

On his recent electroacoustic CD Espaces tautologiques, composer James O’Callaghan takes us down the rabbit hole into a visceral, endogenous acousmatic wonderland. Although tautologies can be defined as “needless” repetitions, for O’Callaghan, they instead may be an ironic unifying premise for his vagabond auditory adventures, or append extra significance to compositional procedures such as varied repetition, imitation, and augmentation. The first three pieces (Objects-Interiors, Bodies-Soundings, and Empties-Impetus) form a triptych that “imagine(s) the sounding bodies of instruments as resonant spaces.” They contain crisp, natural, and remodelled recordings of passages through remote instrumental spaces, and at times it feels as though the listener is situated inside the instrument. From the rim to the spine of a piano (Objects-Interiors), an acoustic guitar and toy piano (Bodies-Soundings), or the surfaces and recesses of instruments in a string quartet (Empties-Impetus), each piece celebrates the percussions and resonances of a similar, colourful palette of instrumental and digital treatments. O’Callaghan demonstrates fluency with standard techniques of electroacoustic music, but it’s the impetus of the philosophical aspects that takes the pieces to their most compelling territories. The last piece, Isomorphic, is a particularly captivating jaunt through protractions of carefully ordered squealing, chattering textures. While the work shifts from one archetype to another, it’s coherently driven by consecutive, playful morphological relationships that extend from one sound to the next, despite differences of sound source and context. By virtue of the gesture, contour, pitch, and timbral coherence of his materials, O’Callaghan proposes contrasting ways to consider the ornithological chirps, industrial doors, and ambient environments. They can be heard as a perpetual flow, in which all sounds are related as one, or as a duality in which the listener simultaneously compares the ongoing profile similarities of the sounds with their wildly differing origins.

… each piece celebrates the percussions and resonances of a similar, colourful palette of instrumental and digital treatments.

So says the blurb — but what did I get from this album: genius, essentially.

James O’Callaghan is a composer and sound artist based in Montréal praised for his “mastery of materials and musical form” (Électromania, Radio France) and “highly refined sense of colour” (Vancouver Sun).

There is plenty of that is this recording.

Using a blend of electroacoustic media, employing field recordings, amplified found objects, computer-assisted transcription of environmental sounds, and unique performance conditions this is an album to be reckoned with — there is everything from orchestral crescendos to the quietest of piano witterings.

A composer with pedigree — and this album holds out.

In many ways, this is a very busy recording — the listener does not get much time for peace. As the name of the album suggests — this is a very claustrophobic affair. But one worth pressing on with. Yes, there is the odd flirtation with solace; but that is soon knocked asunder for the betterment of noise.

You don’t need a degree in audio science to appreciate the works presented here by empreintes DIGITALes and I doubt that it would help — just a set of ears (open ones) — now saying that, I remind myself of when I’d say a similar thing about Jazz in the 90s whilst trying to convince those whose taste was pretty indie that Ornette Coleman was worth a listen — well, that battle’s been won (he says, sarcastically), so how about this electroacoustic thing?

There comes a time to hang up your dancing shoes (what do you mean you never had a pair?) and stick with home listening, which for most will mean either listening to what they danced to before they got fat / tired / old or Country & Western, or Classical or, god forbid, Ambient and so on. I still love a good beat but also music like this by James O’Callaghan — if it can be called ‘music’ — it is, after all, in defiance of recognised characteristics which constitute that thing. It is sound, yes. Sounds… but what those sounds are remains a mystery and it is this unknowable element that makes it all so intriguing.

We might sense objects being moved, the sound manipulated… a stretching, not only of sound waves, but time, somehow, even the tautening of a rope to breaking point on Empties-Impetus, then the release and the rolling groan of an electroacoustic ship, perhaps. You see, this is not easy to describe. I’m a fool for attempting to do so… but there are detonations, a bowed instrument, scraping strings, the patter of objects and tension akin to Bernard Herrmann’s psycho-tic orchestration.

And now I find this — www.youtube.com/embed/OBnSQ9eWn5g — ‘live’ performance and see how some of these sounds are being made… a chair is being ‘played’… a balloon popped on the strings of a piano… this really is a magnificent performance…

Sounds… but what those sounds are remains a mystery and it is this unknowable element that makes it all so intriguing.

Montréal-based James O’Callaghan confirms his position as a world-class composer with the release of Espaces tautologiques, his first album on the Empreintes Digitales label. Composed between 2011 and 2015, the four acousmatic pieces on this fifty-minute recording are further proof of O’Callaghan’s remarkable technical proficiency and virtuosity.

Sounds are at war, ferociously whizzing from speaker to speaker. Recordings of the sounding bodies of guitars, pianos, and a string quartet are torn apart and crashed against outdoor soundscapes or dramatically ruptured by punchy thumps and propelled violin tremolos.

O’Callaghan has cited Bernard Parmegiani as an influence, and he shares with that late composer a fondness for sculpting sound, as he imperceptibly turns car horns into wailing cries and elsewhere refines the hidden musicality of a ticking clock. Indeed, amidst the shredded samples of instruments, the composer uses the click of a lamp switch, the drop of a pencil, and other anecdotal sounds in such a way as to impart a sense of soul, which is clear to the listener. Those quirky, stranger sounds are brought to life in a thickly layered polyphony. In-depth exploration of these compositions requires several listens.

While any one of these pieces is undoubtedly spectacular in concert, for listening to a string of four you need breathing space around each to fully appreciate them. The constant tension and density of the music make each composition an intense listening experience. Less would definitely be more for O’Callaghan’s next release.

The constant tension and density of the music make each composition an intense listening experience.