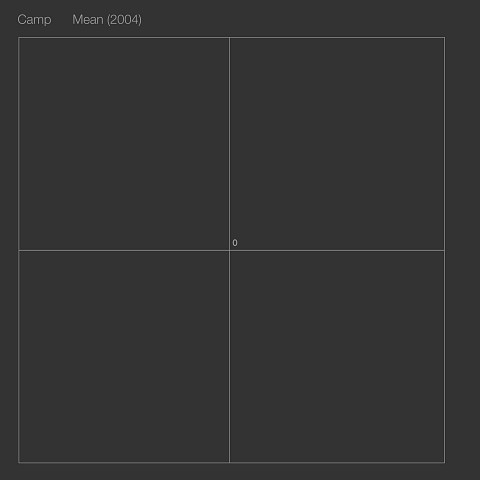 By 2004, I had already produced several mini-albums under the name Camp, most of which were released not long after, on the No Type, Panospria, BricoLodge, On Sunday Mornings and Falsch labels. Up till then I was using a combination of FruityLoops and Audiomulch, using this latter software mostly for fiddling with the sequences to give them a more glitchy aspect, as the fashion of the day would have had it. Then I grew tired of that process, and I turned to an all-FruityLoops setup for the remainder of my compositions, up to 2007 which is the year when I totally stopped making music.

The Mean full-length, unrelased until now, is made of ten tracks that function somewhat like small portative systems. I think it’s an album that works pretty well as is. However I would be hard pressed to describe it beyond that. I think it translates, let’s say a certain melancholic state. 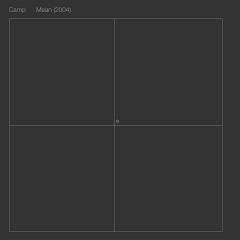