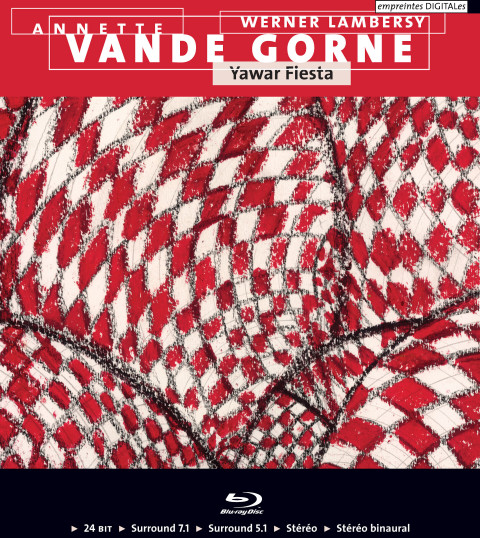 Everything in it is transparent and real and honest and true. — 5:4, UK 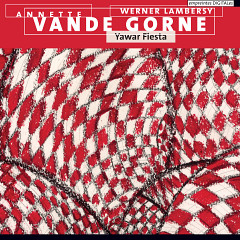 Born in the Baroque period, the opera is making a strong comeback in this late-20th / early-21st century with the emergence of a new form of Baroque, the result of the globalization of information, racial and cultural melting pots, our historical knowledge of the arts, and the cohabitation of styles.

This world-as-a-whole, as the synthesis of all other art forms, is a reflection of a society and an era, and it has to resemble our world through the use of modern technology and an audio-visual language that, in this age of interplanetary travel and computers, owes nothing anymore to the days of horse-drawn carriages.

However, I thought it would be interesting to put this technology face to face with a timeless, quasi-mythological narrative where the author portrays two different ideas — social, political, philosophical — of Man. Thus are maintained the same issues of clear yet symbolic expression and high enough density of information to support all levels of audio-vision for all audiences.

Through this confrontation, technology rises above modern-day gadgetry to provide added value, or so we hope, as we believe it is more flexible and fitting to our current understanding of men and gods.

“… perhaps the key defining feature of Yawar Fiesta is its dramatic, fantastical interplay of both material nature and perspective, alternating between granular, cloud-like, noisy formations (often positioned in the background or periphery) and solemn declarations and intoned chanting, seemingly by a vast, intimately close chorus of voices. […] In lesser hands one would be marvelling simply at the breadth of imagination and astonishing compositional technique being demonstrated. Yet for all its unknowns and unpredictability, its wild paroxysms of austerity and elation, Yawar Fiesta cuts to the quick, and one is left gasping at the integrity and above all the intense humanity of its musical language. Everything in it is transparent and real and honest and true.” (Reviewed in September 2017.)

Everything in it is transparent and real and honest and true.

Though I’m reviewing it in old-fashioned stereo, Yawar Fiesta is a 7.1 surround sound extravaganza. Chain DLK doesn’t currently have an entry for “Blu-ray Audio” as a known format, so I’ve had to pick “Laser Disc” as a cludge, but please be assured this is Blu-ray.

Unconfined by the duration limitations of vinyl or CD, this is a work just shy of 90 minutes dominated by operatic vocal snippets, long drones and hums, and waves of both distant and close percussive vocal noises that attack and decay in a way that’s leisurely at times, but never comfortable. Sourcing the majority of the sonic ingredients from the voice — with a particular favouring of masculine bass operatic tones and throat singing, but not without feminine and spoken word moments too — but without actually using a singer, brings us frequently into bizarre arrangements akin to choral arrangements gone wrong — at times quite Ligeti-like. Much of the time the elements are multi-layered, keeping everything hectic and relentless throughout. Electronic glitches, tape-style effects, pitch shifts and flangey panning (isn’t that a type of cake?) are thoroughly modern and digital and give the work an extra twist.

The work is ostensibly an opera — the press release describes a piece in multiple acts that’s a hybrid of actual storytelling and the name-dropping of broad themes into something that’s frankly very difficult to follow. But the result definitely has distinct scenes, and when holding your attention, is like listening to the most off-the-wall opera re-work you’ve ever heard.

After the bewildering 44-minute journey of Condor (La veillée), second track Taureau (Le défi) doesn’t perhaps represent enough of a shift. The addition of traffic noises and horns gives the sonics a different hint, as does the heavier use of discernible French language sources, but the core arrangement is essentially half an hour more of the same experimental opera.

Monologue final is also consistent rather than contrasting, but with fewer operatic elements and more emphasis on digital processing such as layering offset copies of the same sample at different speeds, and with sound effects akin to alien rocket launches and monstrous whispers tilting it more in the direction of sci-fi. The sound of rolling stock evokes the spirit of the KLF towards the very end.

It’s an unusual buffet, sometimes reminiscent of 60’s avantgarde choral works, sometimes the spacier sound of 90’s ambient house, sometimes very contemporary and sharp-sounding digital electronic frippery. It’s got a unique quality to it that demands attention, even though at 87 minutes long it perhaps can’t hold that attention throughout.

… the most off-the-wall opera re-work you’ve ever heard.