Sergio Barroso (born in Havana, Cuba) studied piano, theory and organ with Alfredo Levi, César Pérez Sentenat, Edgardo Martín, and Alfredo Díez Nieto at the Havana National “Amadeo Roldán” Conservatory (1950-66). He did post-graduate studies in composition and theory with Václav Dobiás and Karel Janáček at the Superior Academy of Music (AMJ) in Prague, and privately with Alois Hába in 1966. He also studied conducting with Manuel Duchesne and Gonzalo Romeu at the Superior Institute of Arts (ISA) of the University of Havana and computer music with John Chowning and Jean-Claude Risset at CCRMA, Stanford University (USA).

As a keyboardist, he has primarily performed his own music and baroque music, although he has also commissioned and premiered several works for keyboard controlled synthesizers by Canadian composers. He has performed at the National Arts Centre (Ottawa), IRCAM and UNESCO (Paris), South Bank Centre (London, UK), Pollack Hall, Chapelle historique du Bon-Pasteur (Montréal), Glenn Gould Studio (Toronto), as well as across Cuba and in Banff, Bourges, Brussels, Calgary, Kingston, Madrid, Mexico City, Miami, Oslo, Prague, Seattle, and Vancouver.

Barroso has taught composition, advanced polyphonic techniques and music history at Superior Institute of Arts (ISA) of the University of Havana (1975-80); counterpoint and orchestration at the Havana National “Amadeo Roldán” Conservatory (1968-80); and later on electronic music and FM synthesis at the Mexico City National “Carlos Chávez” Conservatory; Cuban and Latin American folklore courses at Simon Fraser University and composition and harpsichord at the University of Victoria (Canada). Has been director of the Music departments at the Havana National “José Martí” Library (1970-72), the University of Havana (1972-76), and the Cuban Ministry of Culture (1976-80), music writer for the Havana daily paper Juventud Rebelde (1975-80), and a broadcaster for the Cuban National Radio and Television Network (ICRT) (1969-80) and Vancouver Cooperative Radio (1985-90).

Barroso served as secretary-general of the Cuban section of the International Music Council (IMC) (1976-80). Sergio Barroso has lived in Canada since 1980. 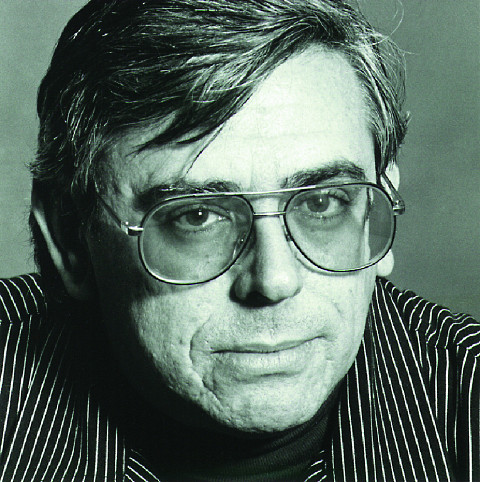 Canadian composer Sergio Barroso first got a classical training in his native country, Cuba. Established in Canada he gained a respectable notoriety as a classical, computer music and electroaoustic composer in the 1980s.

Barroso was born in Havana, Cuba, March 4, 1946. He grew up there, studying piano, organ, conducting and composition at the Havana National Conservatory from 1950 to 1966. At age 20 he crossed the Atlantic to do his post-graduate studies in composition in the communist Czechoslovakia, at the Prague Superior Academy of Music. From this point on he continued to write orchestral music, but also became active in electroacoustic and computer music, specializing in sound synthesis.

His first album to make an impact was the 1989 New Music for Digital Keyboard, which became a source of inspiration and reference for many composers. In 1998 the label empreintes DIGITALes released a 2-CD retrospective of his electroacoustic works. His Latin-American roots often permeates the French-like abstraction of his sound constructions, giving them a lyricism rarely found in composers like Pierre Henry and Jonty Harrison.

… a source of inspiration and reference for many composers.