CE François Couture [French for THIS François Couture, there’s a ton of them in Québec] is a singer, composer, improviser, and multi-instrumentalist originally from Sherbrooke, now based in St-Faustin, Québec, Canada. Ex-music journalist (Monsieur Délire) and radio host (Délire musical & Délire actuel at CFLX, Sherbrooke), he came out of the music closet at age 38. He plays keyboards, theremin, percussion, and various misfit instruments, and he sings, drawing inspiration in equal parts from Peter Hammill, Phil Minton, and Keiji Haino. He also loves to sculpt multi-facetted feedbacks using mixing boards. He has released free improvisations as a solo artist and as part of the ensembles La Forêt rouge, RBC, and Square/Sine on labels like La Cohu, Cuchabata, Pan y Rosas, and Small Scale Music. In August 2016, CE François Couture released his first album of compositions, Spam Me. 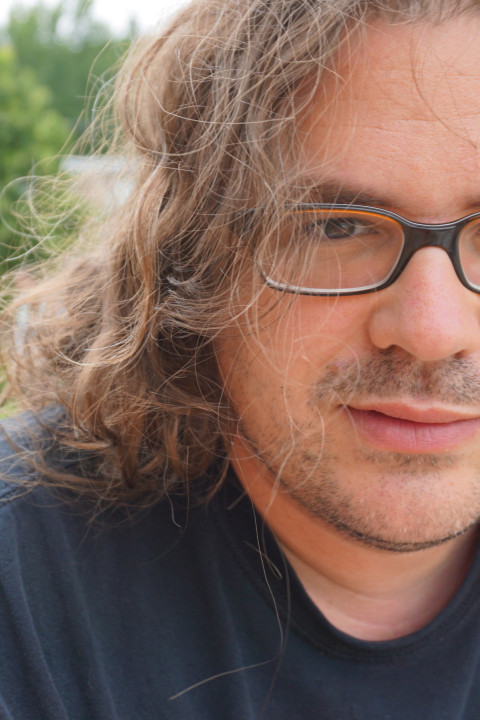 A fine opus, rich and varied, from Robert Normandeau. Five pieces on this CD. La part des anges is a rather pure acousmatic work, finely distillated. Kuppel, based on concrete sounds, is more exciting at first, but it overstays its welcome. Pluies noires and Hamlet-Machine without Actors are derived from stage music, Normandeau’s forte (and this Hamlet is excellent). Finally, the surprising Baobabs for 4 voices, 6 percussion (Sixtrum) and tape, a powerful, almost animal piece at times, with a dash of Harry Partch.

A fine opus, rich and varied, from Robert Normandeau.

[…] Anderson often uses emptiness as a ressource — sound spaces in which a potentiality is floating in the form of tiny threads of feedback. I really liked these floating moments — a device that appears in more than one work here. […]

I really liked these floating moments — a device that appears in more than one work here.

My first exposure to the work of [London, UK-based] Swedish electroacoustic composer Erik Nyström. Morphogenèse features five works in the 10- to 20-minute range. They are abstract and rather conventional acousmatic pieces, but they focus on a near-visceral form of audio aesthetics. The sonic brewing going on, the movements, the auditory transformations are all connected to something primal, without going overboard. Lucent Voids transported me while making me constantly question the “landscape” I was presented with. Bravo.

The sonic brewing going on, the movements, the auditory transformations are all connected to something primal […] Bravo.

The music of electroacoustic composer Roxanne Turcotte is often anecdotical. She starts with real-life situations and tries to either transcend or magnify them. This new CD features eight works composed between 2009 and 2014. These works tell us about an encounter with Horowitz’s piano, the death of a child, and the “Maple Spring” uprising in Quebec. And voices — captured on the fly, narrated, acted, all in French — play a key role in most of these pieces. The opening track De la fenêtre is the best piece here. It is built around a text by Étienne Lalonde read by two well-known Quebecois actors: Pierre Lebeau and Céline Bonnier. Here, Turcotte achieves perfect voice-sound and narrative-ambience relationships. The work evokes Robert Normandeau and Francis Dhomont, while remaining 100% Turcotte’s. Bestiaire is the other highlight of this set; without voice, text or program, this piece goes through a sequences of impressive and meaningful transformations. […]