Sound artist Kathy Kennedy has a background in classical singing and visual arts. Her artistic approach usually calls for voice and technology interfacing issues, often involving telephone or radio communications. She is also active in community arts, and is a co-founder of the digital technology resource centre for women Studio XX and the women’s choir Chœur Maha. Her large-scale sound installations and performances for 100 female singers and radio, which she calls “sound choreographies,” have been presented internationally, including at the opening of Vancouver’s New Public Library and at the Lincoln Center’s “Out of Doors” series. 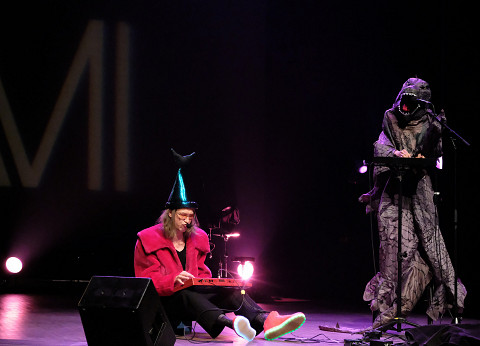 … an entertaining and stimulating aural event.