Nicolas Bernier and Jacques Poulin-Denis has composed the music for two theatre productions: Le Complexe de Thénardier (directed by Denis Marleau) presented at the Espace Go in Montréal from January 20 to February 14, 2009 and La chambre blanche (a choreography by Ginette Laurin) presented at Place des Arts in Montréal on February 12 - 18. Both productions are back from triumphal tours in Europe. The adaptation of the music for La chambre blanche will be released on disc, Sur fond blanc, on February 12, available on electrocd.com. 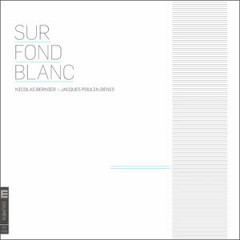