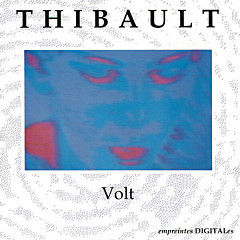 Montréaler Robert Normandeau describes his latest electroacoustic works as “cinema for the ear.” That’s an apt description for a piece like Jeu; which leads off this new album from the small but sassy DIFFUSION i MéDIA company. Jeu is like the view from a camera dolly as it glides through a long and intricate tracking shot. The auditory scene changes quickly, as flickers of everyday sound jostle with quotations from Stockhausen and Perotin. Industrial sounds mingle with those of the chapel: playground noise rises through a lumberitig mass of almost pitchless sound, only to be cut-off by a pneumatic jack-hammer.

Such juxtapositions are not hard to engineer. What is difficult is to make them fuse into an integral work, as Normandeau has done. His travelogue of the hyper-real holds together through the most theatrical storms of musique concrète.

Mémoires vives applies similar tactics to a sack full of requiems, pasting tiny processed excerpts into a disorienting collage. Every sound is plundered, though very little can be recognized outright. It’s a brilliant work, and proud of its technical prowess.

But flamboyance can become a vice, as it seems to have done in Rumeurs (Place de Ransbeck). Normandeau has let the trickery run the show in this piece, which degenerates into a game of Name That Sound. But over all, this is a strong, ear-catching album.

Lieux inouïs
His travelogue of the hyper-real holds together through the most theatrical storms of musique concrète.

empreintes DIGITALes is the name of a new compact disc label out of Montréal, focusing primarily on very recent electroacoustic music by Quebec concert music composers. The first three releases, devoted respectively to works by Christian Calon, Robert Normandeau and Alain Thibault, are now available from distributor DIFFUSION i MéDIA.

A fourth disc will be released November 2 to coincide with Montréal’s hosting of the prestigious New Music America Festival (dubbed Montréal musiques actuelles). That recording is set to include 25 short works by U.S. and Canadian composers, works that will be heard for the first time during the festival in a unique concert of 25 world premieres. Among the participating composers are Canadians Yves Daoust, Jean-François Denis, John Oliver, John Oswald, Jean Piché, Laurie Radford, Richard Truhlar and Hildegard Westerkamp.