Several decades after its revival as a concert instrument, the harpsichord is well into its second renaissance. This new album by the Canadian harpsichordist Vivienne Spiteri features six works written for the instrument since the mid-seventies.

Included are pieces by Louis Andriessen and Bengt Hambraeus and by lesser-known Dutch and Canadian composers. Spiteri has been touring with this repertoire for some time, and her recorded efforts have a mature, authoritative sound.

Several of the pieces display curiosity about the harpsichord’s distinctive sonority, and a few make feints in the direction of its brave baroque past. Hambraeus’ Capriccio I, for example, is sprinkled with souvenirs of eighteenth- and nineteenth-century idioms, the easy co-existence of which suggests a notion of the tradition that is like a view through several translucent panes of glass.

Hope Lee’s Melboac rigorously parses the permutations of her virile sonograms, while Andriessen’s Overture to Orpheus sets up a languid canon of voices so close as to seem each other’s shadow. Tim Brady’s Reaching Past and Micheline Coulombe Saint-Marcoux’s Miroirs use electronics to play with some of the harpsichord’s steelier sonorities, while Ton de Leeuw’s acoustic, Mo-Do has a contemplative Oriental cast.

In all, this is a fine release from Société nouvelle d’enregistrement, and a brilliant debut album for Spiteri. 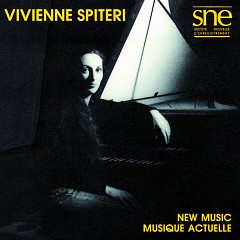 […] Deschênes is a well known French-Canadian performance artist working in the dance / mixed media tradition of Alvin Nicolais. And like Nicolais, she has a brilliant mind for effect. […] Judging from the adulations of the audience, the experience must have evoked some of the same fever as the 1951 production in Paris of The Veil of Orpheus with musique concrète by Pierre Henry. […] 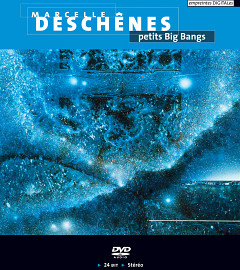 petits Big Bangs
… she has a brilliant mind for effect. 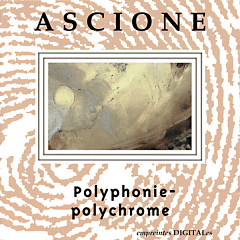