On Rappel, Chris calls every one in the world with the same phone number as him to see if they have anything in common. Practical explorations of intimacy, invasion, the role of ansaphones, the music of the touch tone, public phone boxes and the ease of long distance telecommunications compared to physical travel are made and crafted into sound pieces originally broadcast by a single telephone number for a period of six months (and subsequently on a national radio show). 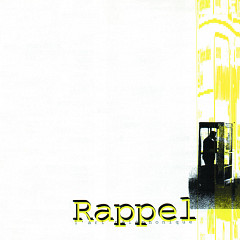