Led by guitarist Philippe Venne and dominated by the exuberant drummer Frédéric Lebrasseur, the Quebec City group Interférence Sardines puts on the table an updated version of the Rock-in-Opposition sound. They take their cue from Henry Cow, but also from Central-European folk and rock musics (Dunaj, Uz Jsme Doma), Quebec musique actuelle (André Duchesne in particular), and Frank Zappa. The Sardines play complex but very lively instrumental pieces, along with the occasional oddball song. After a first album self-released in 1997, the group got signed to the prestigious Montréal label Ambiances Magnétiques.

The group started in early 1996 from an impulse from Venne, its main composer. A music student like most of his bandmates, Venne recruited Andrée Bilodeau (violin, voice), Lyne Goulet (saxophone), friend Jimmie LeBlanc (bass), and Lebrasseur, a maverick virtuoso able to do things with two hands you probably couldn’t do with five (provided you’d even imagine doing them in the first place). The Sardines played their first gig on April 4 that year. LeBlanc soon left to study classical guitar. His replacement Sébastien Doré had barely time to come to grasp with the material before the group started work on their first album, financed in part by a provincial program for workforce development. In 1997 they won first prize at the CONGA, a talent competition held at the Université Laval. Mare Crisium was released shortly after and the group continued to perform sporadically in Quebec City and Montréal.

In 1998 the Sardines appeared at the Festival International de Musique Actuelle de Victoriaville. A year later Goulet called it quits on the count of a pregnancy. A second violinist, Marc Gagnon, was brought in the fill the void, steering the group’s sound closer to the Klezmer/Gypsy paradigm. Work on a second album began in late 1999, but it would take two years to complete Zucchini, finally released in November 2001 on Ambiances Magnétiques. Meanwhile group members got involved in a string of other projects, the most active being the neo-trad party group Les Batinses (with Bilodeau and Lebrasseur). 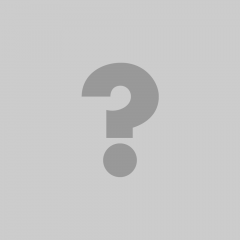