Requiem contains three classic musique concrète compositions from Michel Chion. All were produced at the GRM in Paris (the acousmatic headquarters of the world). The Requiem itself is an electronic take on the traditional form. Variations is a ‘technical study’ which takes an original waltz theme and fragments it. Nuit noire is considered a ‘monodrama’ — that is, a drama centering around one ‘character.’ In this case what we hear are the detached reactions of this ‘character’ to a nightmare. It’s French, it’s acousmatic… what more could you ask for? 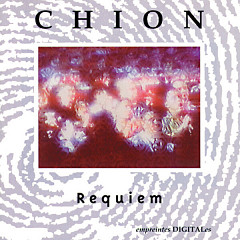 Requiem
It’s French, it’s acousmatic… what more could you ask for?