Louis Dufort, born in 1970, is a year younger than Moore (god, that makes me feel old), and from Montréal rather than the UK. He also has a different general approach — his pieces have more variation in volume and density and he has a strong interest in using the voice — usually sampled and stretched, but recognisable. The variation within the pieces again emphasises the difficulty in description per se. Transit is a piece “that makes use of continuous discontinuity,” and it does shifting between high ringing tones with cluttering and rushes behind; into a descending tinkling and ringing with voices; machinelike rhythms, unstable, clickings, tones and a buzz; banging and the voices of a lost chorus; clatter quiet; slow wind, rebuilding, more voices to a squeaky climax and then quiet fade. Unstable and decentred. The mode of Pointe-aux-Trembles is more obvious in this “impression of the refineries of East-end Montréal” with its regular ebbing and flow — we are getting periods of factory-like loud rhythm with noisy loops of machines, sirens and trains (is that a voice in there?) interspersed with quieter sections, perhaps between the refineries with soft high tones. There are programmatic titles which approximate to the changes I noted — and a nice long fade. With Zénith the voice becomes more prominent — high singing tones open it, and the main body of the piece uses voiced notes throughout. It builds slowly from the almost solo start adding soft tinklings to a first climax of voice and ‘orchestra,’ cymbals crash, horns swirl. Some mouth-sounds shift into a loud, aggressive phase which includes some growling voice which is a cross between death-metal and Mike Oldfield’s Neanderthal man on Tubular Bells. And it seems way out of place here (it reappears on Décap). The ending is surer, with an angelic choir of voices. Finally Décap at 24 minutes, described as “a study for wrist and ankles,” is partly excerpted from a dance piece, and is more rhythmic in both its overall structure (like Pointe-aux-Trembles it shifts between active, loud phases and quieter contemplative ones) and in the local approach. The opening could be from a glitch collection as strong attack whooshes with long fades, pulsey percussion and whispering drive us into the piece. From here we alternate between percussive active parts and more moody, tonal components. In addition to the gruff voice, there are also voice loops where syllables are repeated into nonsense and layered interplaying choirs. The whole builds through some minor climaxes to a big percussive shimmering looped conclusion.

So two complex albums, sonically fascinating. The similarity in their descriptions ‘continuous discontinuity’ and ‘shaping form continuously’ should prepare you for the active and involved listening expected of you. Not for easy-listening background pleasure, but for focussed attention. 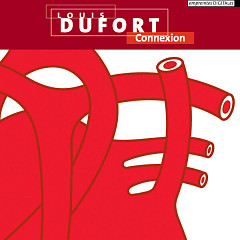