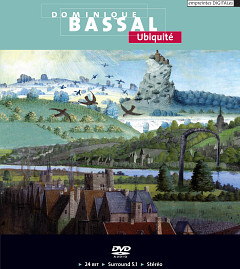 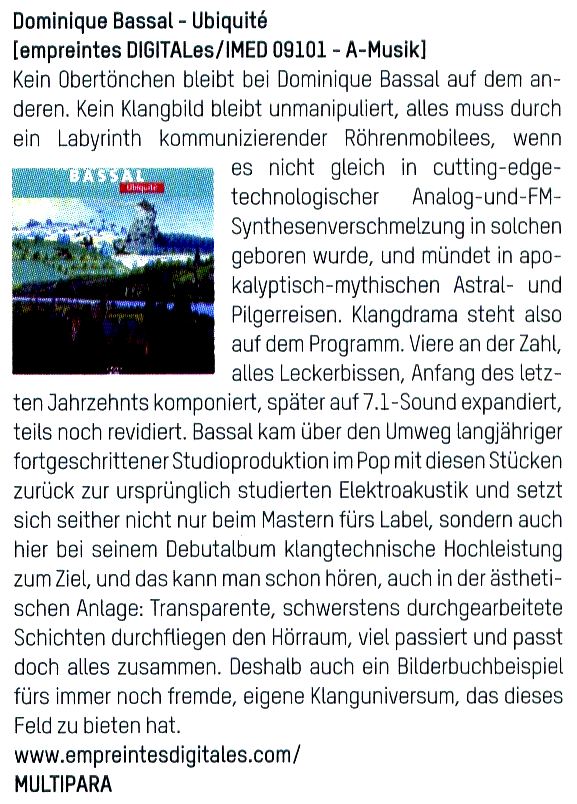 Not the slightest overtone remains unaffected. No sound tableau remains unmanipulated, everything is passed through a labyrinth of communicating vessel mobiles, when it isn’t the result of a blend of cutting edge analogue and FM synthesis technologies, and flows into mystical apocalyptic astral travel and worldly pilgrimage. Sound drama is indeed on the programme. Four works, all tasty morsels, that were composed in the early part of this decade and later expanded to 7.1 surround, revised in some cases. With these pieces, Bassal returned to the field of electroacoustics he originally studied after many years of advanced studio production in the pop world. His goal since that time of achieving the highest standards in sound quality — both in his role as mastering engineer for the label and on his own debut release — is perfectly reflected here, also on the æsthetic level: transparent, highly crafted layers penetrate the aural space, and although there is a lot happening here, everything fits together. This release is a picture-perfect example of the familiar yet somehow still foreign sound world that this field has to offer. [Translation shirling & neueweise, May 2010]

Ubiquité
This release is a picture-perfect example of the familiar yet somehow still foreign sound world that this field has to offer.