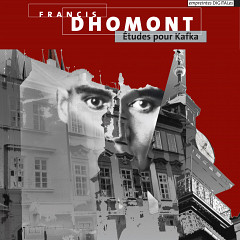 Études pour Kafka
… outstanding release. Headphones are a must.