Nicolas Bernier’s passion for sound and for beautiful and intricate structures earned him a honorary mention from the Prix Ars Electronica two years ago for his debut album, Les Arbres. This record was in no way Bernier’s first foray onto the music scene, but until then, his work has mainly constituted of collaborative efforts and of installations. With three releases out in a matter of months, Bernier charts very different aspects of his electro-acoustic work.

Bernier uses a wide range of sonic sources in his work, which are often processed into fragile clusters and placed against acoustic instrumentation. In the series of recordings he has made with guitarist Simon Trottier, Bernier has absorbed elements of folk music and distorted them as to retain only the slightest traces of melody, and surrounded them with noise, interferences and field recordings. Courant.Air, published on Ahornfelder, sees the pair working together once again. Recorded over a two year period, and the result of two distinct commissioned work, this album is partly a tribute to the St. Lawrence River which has played such an important part in Canadian history and which has shaped both the landscapes it crosses and the people who depend on it. The extremely intricate and detailed soundscapes collected here occasionally contrast with Trottier’s gentle guitar work, his contribution at times left to flourish amidst stark and fragmented sound collages (Soubresauts, Petit port bien abrité, Air.Chanson.Usure, Propulsion), at others processed and assimilated into Bernier’s epic creations. There is a constant shift here between dense electro-acoustic moments and more pastoral motifs, but the pair ultimately feed from one another, allowing the music to filter through Bernier’s abstract constructions just enough to ground it firmly.

Released a couple of months before Courant.Air, Strings.Lines, issued on Portuguese imprint Crónica, is a very different project. Recorded with Pierre-Yves Martel (viola da gamba) and Chris Bartos (violin), the album is centered around Bernier’s fascination for tuning forks, which he avidly collects, and the variations in frequency they can reach. Having sourced the sounds emitted by his tuning forks, Bernier set out to process them into improvised sound formations. In a second instance, Martel and Bartos were asked to play close to a single pitch, and use the whole of their instruments, including bodies, bows and strings to build additional musical layers as a response to Bernier’s earlier work. While melodies are largely dropped in favour of the sonic aspect of the instruments, there is greater musicality to be found in the five pieces making this album, albeit in drone forms for the most part. Toward the end of Line (C) however, Bernier builds up a clearly defined rhythmic pattern, giving the piece a surprisingly conventional outline for a moment. Line (Horizon) which follows, resorts to the sombre sound forms created by the two string players, at a time combining the increasingly threatening hum of the strings and various textured field recordings into a particularly dense soundscape before leaving it to dissolve over the later part of the piece.

Bernier is sole on board for the LP-only Usure.Paysage, the most recent of the three albums, and, over the course of four tracks, two clocking at around ten to eleven minutes, the other two much shorter, he exposes the electro-acoustic nature of his work through a series of highly fragmented and contrasted sound collages, built from varied field recordings. This is in many ways the most disturbing and fascinating of the three records, its pieces building up into heavy abstract forms, cut short by far ranging noise conflagrations or infinitely small sonic particles. Each of the four pieces is made of juxtaposed sequences, with nothing to clearly link them together other than the simple fact that they exist in a pre-defined order. The impression though it that of a living scenery, subjected to random events, and reacting or adapting to them. Bernier expertly plays with the mind here, often tricking it into a false sense of safety and peace, only to drop a deep thunder or layer high pitched metal on metal friction or, it appears at one point, human screams.

Although released in quick successions, these three records stem from totally different ideas, the resulting pieces, while bearing some common elements, revealing Nicolas Bernier as a particularly inquisitive mind and creative sound artist. 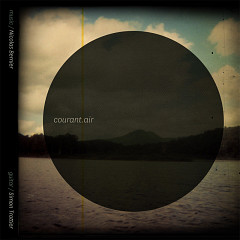