Roxanne Turcotte’s activities are diversified, to say the least. Yet, even with a resume that includes a keyboardist role in a rock group, electroacoustic composer and children music composer, she barely made a dent in the music world. Her first album, Amore, was released in 1994.

Born in Montréal in 1960, Turcotte always stayed in the big city. First and foremost a keyboardist, she began in rock and jazz groups, recording an LP with Kaméléon in 1982. Not shy of genre crossings, she entered the Master program in electroacoustic music at the Université de Montréal, studying its secrets with Marcelle Deschênes and Francis Dhomont while also studying piano and composition with Serge Garant. She began creating electroacoustic music, but also music for multimedia projects and, surprisingly, children music, each aspect of her career permeating the others. In 1994 the prestigious record label empreintes DIGITALes released her first CD of electroacoustic music, Amore. The reception was mixed, her style of cinema for the ear relying strongly on synthesized music and sound collage. She participated to the 1999 and 2000 editions of the Futura Festival in Crest (France) and the 2001 Bourges Festival. 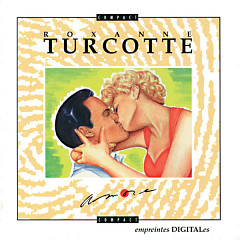 Amore
… her style of cinema for the ear relying strongly on synthesized music and sound collage.