Les corps éblouis (“Bedazzled Bodies”) is an EP released in 1998 by empreintes DIGITALes in its “Compact Compact” series. It contains only one work, the title track, first created in 1993 and revised the next year. The best example of Christian Calon’s work during his “second period” (while in Marseille, 1991-1995), it is meant as a complement to the full-length CD Ligne de vie: récits électriques which culled the best from his “first period” (in Montréal). This piece attempts to blend the metaphorical and the metaphysical in the transubstantiation of its sound source, an electric guitar. Moving away from the acousmatic esthetics of his 1980s works, the composer processes sound (instead of synthesizing it), but whatever the theories and techniques used, the result remains pure Calon. Washes of sounds revolve around the listener’s head in concentric circles until they reach a breaking point when they scatter away. This sequence occurs a few times, always with variations that alter the unity of the movement. The plasticity of Francis Dhomont’s works (especially Espace / Escape) can be felt throughout — it is no surprise that the mentor spacialized the piece when it was premiered. 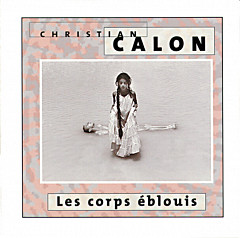