Splice is Robin Fincker (tenor sax, clarinet), Alex Bonney (trumpet, electronics), Pierre Alexandre Tremblay (bass, electronics) and Dave Smith (drums). Loop is their debut and it was launched at the 2011 Loop Festival in London. This festival is an initiative of the Loop Collective, a collective of artists that decided to create a platform for their activities. Splice is one of the projects that emerged from this collective enterprise. Their work is influenced by a wide range of musical styles. Clearly improvised music and jazz, but also electronic and ambient music and — in contrast — noisy and punk approaches as well. A piece as Cortège sounded as an updated version of Henry Cow. Other pieces are very open structures that often miss a clear face. A piece as Sillon fermé is more close to ambient-like soundsculptures, whereas Ballade fortuite taps from improvised music and jazz vocabulary. But in both cases the music is often very introspective and developing in a slow pace. In the closing piece Luna Verde however the music reaches an intensity that gradually pulls you in the music. 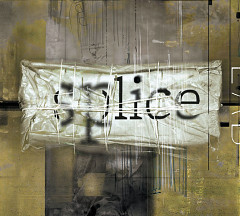 Lab
Clearly improvised music and jazz, but also electronic and ambient music and — in contrast — noisy and punk approaches as well.