I have known electroacoustician Pete Stollery for a long time — almost since I started hosting Délire actuel. Fifteen years ago, he was one of the very first composers to send me material for my show. The works that ended up on his first empreintes DIGITALes releases, I had first heard and broadcasted them from DAT tapes he had mailed me. What a pleasure, then, to listen to this new album (a CD, not a DVD-A). Six works made between 2004 and 2007. Stollery has become a master in the art of lively acousmatic music. He has gained the aesthetic perfection of a Jonty Harrison, the elegance of a Francis Dhomont, and the soul… of Pete Stollery. The short Serendipities and Sychronicities represents the best of what can be found in this genre, including in terms of narrative/inspiration (it derives from Delia Derbyshire’s life and work). And Scènes, rendez-vous is a rereading/reimagining of Claude Lelouch’s famous short film C’était un rendez-vous. Strongly recommended. 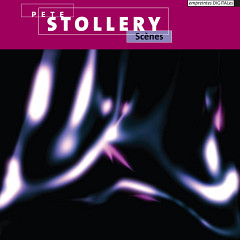 Scènes
[He] has become a master in the art of lively acousmatic music.