Elizabeth Hoffmann who works as Assistant Professor in the Department of Music, Faculty of Arts and Science at New York University, releases her first solo album for Montréal-based Empreintes DIGITALes. The album totals six tracks exploring the shades and possibilities of electroacoustic music. Personally I’ve always been more interested in the final and audible result rather than the process behind creating the music. That being said, Hoffmann manages to captivate six different moods on the album starting off with the gentle chime ringing, organic and battering murky drums but yet still dead clinically sterile and icey environment of Resonants, onto the subtle and elongated modulations of rippling water present on Water Spirits. Songstressed shares much of the same audible qualities as Resonant but introduces a shrilling pipe sound, which in nature appears to be recorded in a sardonic wind tunnel, inhabited by abhorrent creatures. Songstressed transforms into d-ness which is a symphony of spiralling high-pitched sounds, shrouding the composition in a mulitude of layers. Towards the end of the album Soundendipities reveals a vortex of eeire malevolence and as the tracks proceeds in its development, the mood turns from eerie into a ominously clangorous orchestration of which Pascal Laugier would be proud. Out now on Empreintes Digitales. 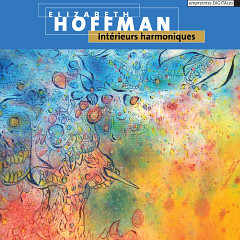