Impacts intérieurs (“Interior Impacts”) culls five works by composer Denis Smalley. Most of them were not available on record yet, two (Wind Chimes and Clarinet Threads, the latter in a different version) had previously appeared in issues of the Computer Music Current series published by the label Wergo. The CD is presented in a backward chronological order from 1992 (Valley Flow) to 1976 (Darkness After Time’s Colours). Pure tape music works alternate with compositions for instrument and tape. This second category includes music that can feel less abstract, more talkative. Piano Nets is a long, pensive piece featuring pianist Philip Mead. The two parts are well integrated and don’t amount to a sensory overload. Smalley has managed some room to breathe. Clarinet Threads, with clarinetist Roger Heaton is more cluttered.

Of the tape-only music, Wind Chimes stands out. Well organized, varied in textures and dynamics, it invites repeated listens. Smalley’s music remains confined to academic electroacoustic standards. It is made of abstract sounds, assembled with a certain art but often lacks emotion, soul. The works presented here can be compared to those of Jonty Harrison and Gilles Gobeil. 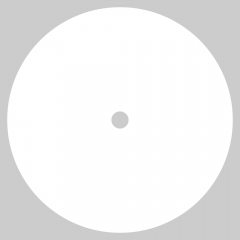