It’s quite a trip. Lieux imaginaires is like some bizarre, metamorphosing wormhole of abstract texture and human experience; a strange co-ordination of both real-world sounds and vibrant dollops of imagined landscape, constantly transforming into new and unforeseen states. Even when I become fully mindful of the record’s skittish manner of movement, its transformations are no less startling. For example, I Wish rips open with a sudden sigh of female vocal – a knife of human immediacy in amongst the distant and highly processed – which leaves breaths and vo’wels protruding before gradually being mashed up into a tumbleweed of nanosecond sonic particles.

Sound is both invasive and far away; not only in terms of its proximity (rubbed across the eardrums before reappearing seconds later as a mere horizon glimmer), but also for its familiarity – cutesy melody climbs miraculously out of a well of elasticated noise, while spiderwebs of electronics are plastered across the bustling embrace of public space chatter. The album’s closing 27 minutes are devoted entirely to The Thermal Properties of Concrete, which brings all of these characteristics together under the umbrella of industry – traffic noise, monologues on concrete, theatrical rants against modern life and piercing drones that emulate the claustrophobic (yet threateningly vast) cityscape that rises up via Naylor’s grand-scale sound design. 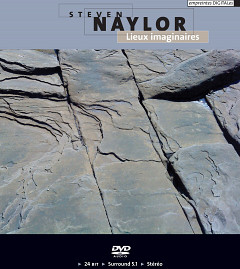 Lieux imaginaires
It’s quite a trip.